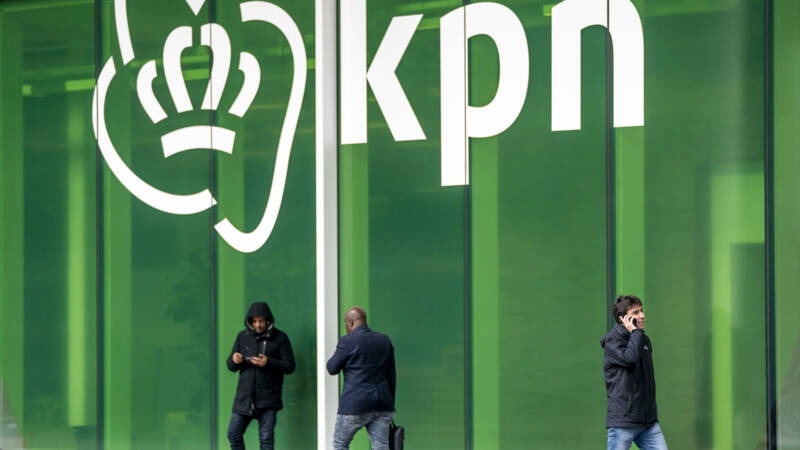 Telecom company KPN has rejected two “unsolicited takeover proposals”. In a press release, the group reports that it has been approached by a combination of the Swedish investment fund EQT and the American investor Stonepeak, and that it has also received a proposal from the also American fund KKR. But a takeover by one of those parties is not in KPN’s interest, the company believes.

Earlier this afternoon, the business newspaper Financial Times reported that EQT and Stonepeak together want to allocate about 18 billion euros for the purchase of KPN, but that company says that no concrete amount was mentioned in the proposal from EQT / Stonepeak. It is unclear what amount KKR was willing to pay for the Dutch telecom company.

The top of KPN has “carefully considered” whether both takeover attempts were in the interest of the company as well as the shareholders, employees, customers, the government and Dutch society. And that is not the case, according to KPN. According to the company, there were and are no “discussions or negotiations” with either EQT / Stonepeak or KKR.

Rumors have been going on for some time

Rumors about a takeover bid from KPN by EQT and Stonepeak have been going on for some time. At the beginning of last month, The Wall Street Journal reported that the two investors were making a bid for the telecom company. And the name EQT was already mentioned in October, when Bloomberg reported that KPN had been approached by EQT with a takeover bid.

The Swedish investment fund EQT has been active in the Netherlands for some time and owns, among others, the telecom providers Delta and Caiway. It also has interests in telecom companies in other countries. The fund has reported to the Financial Times that it does not wish to respond.

A takeover of KPN would mean that the last Dutch telecom concern would fall into foreign hands. VodafoneZiggo and T-Mobile are already. A takeover requires approval from the Dutch government. An independent foundation can also stop a hostile takeover of KPN with a protective construction. That happened in 2012, when the Mexican America Movíl KPN wanted to buy.

At the presentation of the annual figures, Friday, KPN said nothing about the takeover rumors. KPN CEO Joost Farwerck said at the end of last year that he is KPN “a very healthy company”. “That makes us an interesting party,” he said. “If someone comes forward, we can talk to them if that is interesting, but I don’t see any reason for that at the moment.”

KPN recently concluded an agreement with the ABP civil servant pension fund for the installation of fiber optics for 700,000 households and 200,000 companies.