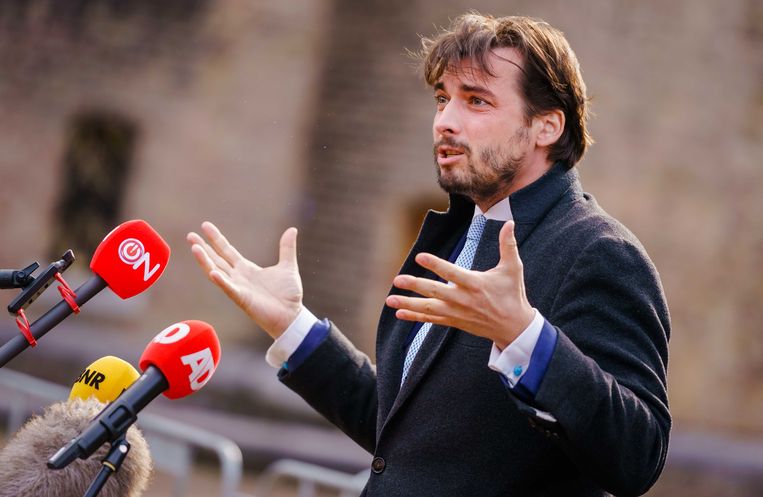 On a poster distributed over the weekend via social media, FvD makes this May 5 an occasion to commemorate “ 75 years of freedom, ” instead of celebrating the liberation of Nazi Germany.

“Since March last year, the freedoms for which our grandparents fought for, have been increasingly restricted,” the party states. ‘That is why we are commemorating on May 5 and together we stand up for freedom.’ The poster is co-signed by other organizations that oppose the corona rules, such as Virus Waarheid and Nederland in Verzet.

Although many parties have been doing their best for some time not to constantly respond to statements made by Baudet, many party leaders believe that this provocation cannot go unanswered. D66 leader Sigrid Kaag refers to the May 4 lecture that writer Arnon Grunberg gave last year at the National Remembrance Day. ‘There is a special responsibility on MPs, on ministers, to set a good example, not to let the word be poison. We must also act on those words in 2021. This is a low point. Again. ‘

She receives loud support from PvdA leader Ploumen (‘More disgusting and more wrong than wrong’), CU leader Gert-Jan Segers (‘Can’t believe’), VVD MP Dilan Yesilgöz-Zegerius (‘very, very wrong’) and SP leader Lilian Marijnissen: ‘How sad are you to abuse the immense suffering of so many people, a pitch-black period in our history, to get attention? It’s disgusting and I hope everyone will speak up against it. ‘

Former President of the House Frans Weisglas calls on MPs to distance themselves explicitly from Baudet’s message. Former PvdA leader Asscher did not need that call to become ‘seething’ after seeing the poster. ‘That spit on our history in their crazed attention-grabbing. Comparing the spoiled wrong. The shabby impertinence to smear the memory of many. ‘

That spit on our history in their crazed attention-grabbing. Comparing the spoiled wrong. The shabby impertinence to smear the memory of many. pic.twitter.com/dfCEOzECm9

It is the second time in a short time that Baudet has attracted attention with a provocation. Last week he responded on Twitter to a message about the number of Belgians with a migration background in the capital Brussels. “About time we developed an escape strategy, friends. Madagascar or something, ‘said Baudet. Before the Holocaust began, Nazi Germany had the idea of ​​moving European Jews to Madagascar.

Former VVD MP Ton Elias calls on his party members not to let Baudet’s message pass unnoticed in the House of Representatives. ‘A crystal-clear approach in the house of our democracy, the House of Representatives. Demand apologies for any debate they participate in. Don’t ignore it because otherwise they will be a martyr, that’s what they already do. Stress facts, over and over again. ‘

Baudet himself spoke on Twitter on Monday of a ‘hypocritical’ reaction from the other parties. For decades, our opponents have been politicizing the War to push mass immigration, European power fantasies and modern art. Now we say: on May 5, will we also reflect on the freedoms that we lost in 2020/2021? That shouldn’t be? What a hypocrisy. ‘