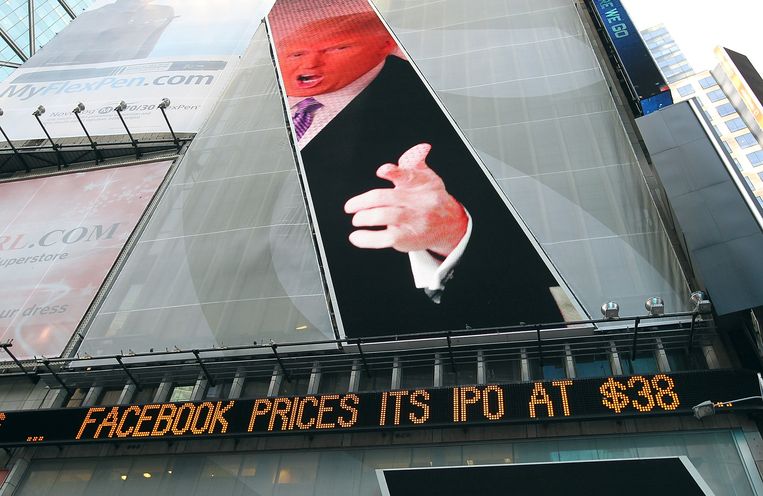 The social network banned Trump for allegedly inciting violence with his complaints about the “stolen elections” and his comments about the “patriots” who participated in the storming of the Capitol on January 6. The independent Oversight Board must now decide whether that measure is justified.

Facebook itself has referred the matter to the council to clarify how to deal with controversial statements by politicians. Facebook boss Mark Zuckerberg has struggled for years with Trump’s outbursts that often went over the edge. Initially, Facebook allowed this, arguing Trump’s position as a politician and the newsworthiness of his statements. But the video in which Trump praised the Capitol stormers – “We love you, you are very special” – was the last straw.

After Facebook, Twitter and YouTube also banned Trump, fearing that in his last weeks in the White House he would incite his supporters even further with ranting about the ‘election fraud’.

If the supervisory board, which was created by Facebook but which otherwise operates completely independently, decides that Facebook was wrong, Trump will get his account back. If the Oversight Board Facebook is right, then the former president has lost his main call horn for good. It is not possible to lodge an appeal.

Since Trump’s removal from Facebook and Twitter, things have calmed down a lot around the former president, but from his golfing paradise of Mar-a-Lago, Trump is still throwing messages out into the world in which he expresses his frustration about Joe Biden’s election victory.

“ The 2020 fraudulent presidential election will be known as the Big Lie from this day forward, ” Trump said in an email from his political action committee last Monday. Save America, not coincidentally also the motto of the pro-Trump demonstration that ended in the storming of the Capitol.

Trump Save Americaemails – sometimes two or three a day – to attack his successor Biden, but his anger is mainly aimed at fellow party members who are not loyal enough to him. For weeks he has been blaming Liz Cheney, the number three Republicans, who dared to vote for his impeachment as president.

In other emails, he praises the Republicans in Arizona, who managed to enforce a controversial recount of votes from last November. “The result will be very interesting for the US and the whole World!”.

Save America is above all a vehicle with which he wants to show that he is still in charge of the Republican party. He praised Governor Ron DeSantis, who is increasingly being mentioned as a possible Republican presidential candidate in 2024, with the vile compliment that he sees him as vice president under him.

Trump launched his own platform on Tuesday, From the Desk of Donald J. Trump, which should enable him to communicate with his supporters. His employees had previously announced that Trump would ‘turn everything upside down’ with his own social network, but for now the new platform is little more than a collection of the emails and videos he has been distributing recently.

Regardless, Trump’s voice outside the Republican Party has been getting weaker since his banning from Facebook and Twitter. It now depends on the 20 members of the Oversight Board whether Trump can at least reunite with his tens of millions of followers on Facebook.