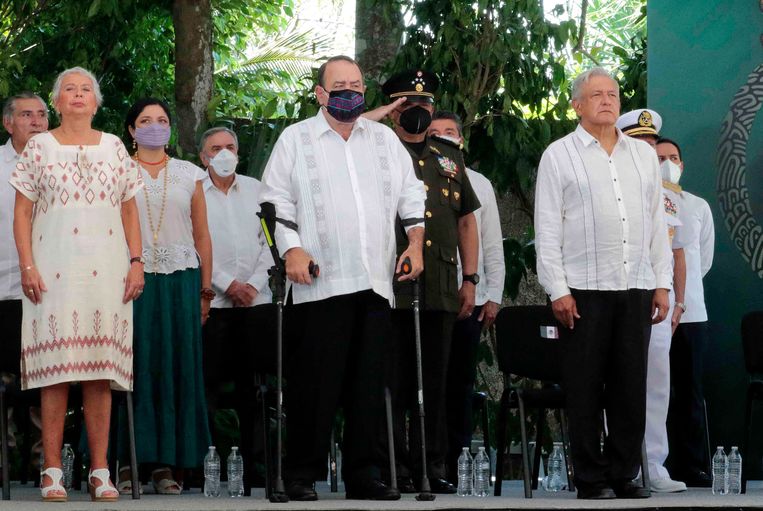 “Today we ask forgiveness for the injustice done to the Maya people throughout history and for the discrimination they continue to suffer today,” said Interior Minister Olga Sánchez Cordero.

The Mexican government’s apology is part of a series of events this year commemorating the 500th anniversary of the Spanish conquest and the 200th anniversary of Mexican independence. “ We offer our most sincere apologies to the Mayan people for the horrific crimes committed by individuals and national and foreign authorities during the conquest, during three centuries of colonial rule and two centuries of an independent Mexico, ” said President Andrés Manuel. López Obrador.

In particular, López Obrador was referring to the Caste War of 1847-1901, an indigenous revolt against Mexican settlers and the government. The rebellion was eventually ended when Mexican troops captured Felipe Carrillo Puerto between May 4 and 5, 1901. About 250,000 people were killed.

His government also recognized the racism and neglect that the ethnic minority continues to face. While Maya culture is a major draw for tourists, the Maya themselves hardly benefit from it. Most live as small-scale farmers or fruit growers, or as construction or cleaning workers in expensive resorts.

During the ceremony, protests could be heard from residents opposing the construction of Lopez Obrador’s ‘Maya Train’ project to connect Caribbean resorts with ancient archaeological sites. ‘We have a wonderful history and are often held as an example. Many people make a lot of money with our name, but that money never ends up in our communities, ”said Mayan activist Alfaro Yam Canul.

President López Obrador was joined at the ceremony in the southeastern state of Quintana Roo by the President of Guatemala, Alejandro Giammattei. Guatemala also has a large Maya population. According to Giammattei, slavery and war in his country have been replaced by problems such as violence and migration. “We still face the loss of life – now as a result of organized crime and malnutrition,” he said.

The great empire of the Maya stretched from several hundred years BC to circa 900 AD across parts of Central America and Mexico.