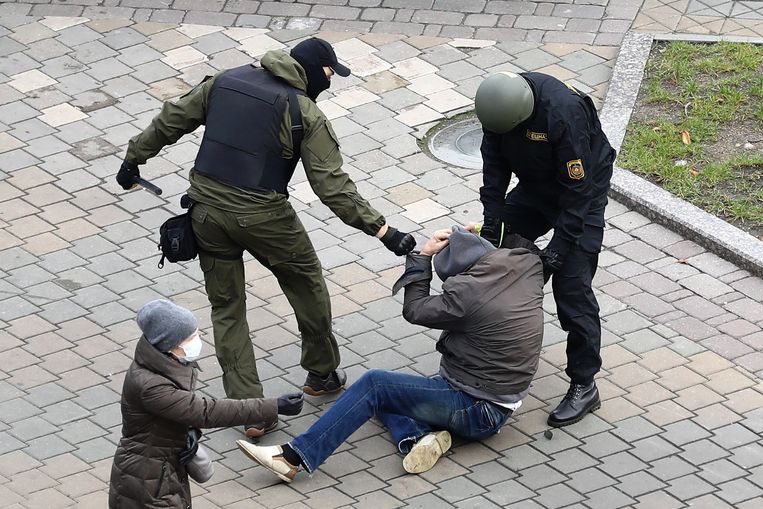 The Belarusians have been victims of torture by the Lukashenko regime during the violent period that followed the presidential elections in August 2020, according to their lawyers. These include physical abuse, starvation, sleep deprivation and humiliation. Their health continues to suffer. The lawyers describe the actions of the Belarusian state as ‘beastly’ and denounce both Lukashenko and the Belarusian security service. In total, they have more than 100 documented cases of torture, the lawyers said. The Belarusians have been tortured purely for their participation in peaceful protests.

The lawyers call on Germany to defend human rights also in the case of Belarus. In Belarus itself, the chance of prosecution for Lukashenko is minimal, so they bring the case abroad. It is not the first charge against Lukashenko’s regime abroad: in Lithuania there is also a case of a victim.

To the German medium Deutsche Welle, a representative of the Belarusian diaspora said it is a “first step towards the inevitable recognition of the regime as a terrorist organization with all subsequent consequences.”

The lawyers rely on universal law, which can also condemn crimes committed elsewhere. In 2019, two Syrians were charged at the same court in Karlsruhe with allegedly torturing people on behalf of President Assad’s regime. In that case, one of them was also sentenced to 4.5 years in prison in February. He was arrested in Germany after he was recognized as an agent of the Syrian secret service.

Last month, a German NGO charged five men close to Ramzan Kadyrov, the leader of the Russian Autonomous Republic of Chechnya, on the same principle. They are charged with crimes against humanity. Under the Kadyrov regime, LGBTI people are systematically discriminated against, persecuted and maltreated.

If the court in Karlsruhe takes up the case against Lukashenko and the security service, the accused run the risk of being arrested and prosecuted if they enter the territory of the European Union. An entry ban already applies to a number of key figures in the regime.

Since the presidential elections in the summer of 2020, repression in Belarus has increased enormously. Incumbent President Lukashenko won after electoral fraud. Hundreds of thousands of Belarusians took to the streets in protest, after which the state acted extremely violently and repressively. Hundreds were injured and some people were killed. The opposition fled abroad or was imprisoned. More than 30,000 people were arrested and put in prisons, where they were tortured on a large scale. The protests, arrests and torture continue three quarters of a year later.