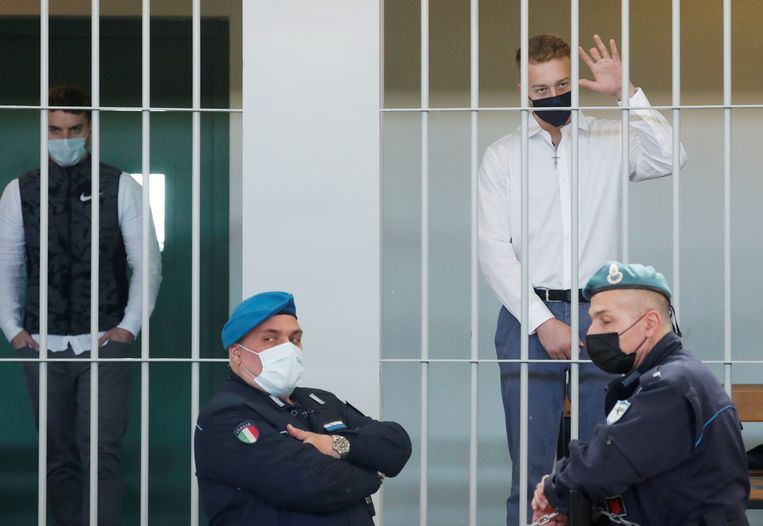 It was a statement that has long been looked forward to in Italy. After all, the case of the two teenagers caused a lot of commotion in Italy in the weeks after the murder. In the days following the murder, huge lines stood in front of the stabbed cop’s Roman condolence register, and politicians talked about the case for weeks. When the photos of the interrogation of the two teenagers were later published, it also led to a serious discussion about the interrogation techniques of the Italian police.

The murder took place on a Friday evening in the summer of 2019, when Americans Finnegan Lee Elder and Gabriel Christian Natale-Hjorth, aged 19 and 18 at the time, tried to rustle up cocaine in the Roman entertainment district of Trastevere. Not long after the purchase, however, it turned out that they had been ripped off and actually bought a few grams of pulverized aspirin. As soon as they found out, they try to get their revenge by taking the bag from a middleman who helped them with the deal. They said to the intermediary: you will only get your bag back when we get our hundred euros back.

When that middleman called in the police that same evening, it was decided to send two plainclothes officers to the teenagers in an attempt to get the bag back. However, after the agents made themselves known to the Americans that evening, a struggle ensued in which Lee Elder drew a large knife and stabbed Sergeant Rega, just back from his honeymoon, eleven times. Natale-Hjorth was in a scuffle with the second officer at the time. The knife, it turned out, had a blade of 18 centimeters and came from the US. Rega died in hospital that same night.

During the trial that followed the murder, the defense of the Americans claimed that they were being attacked from nowhere by the two agents, who, moreover, would never have identified themselves, and therefore acted in self-defense. The judge did not go along in that defense, partly because the two officers were unarmed and the second officer also stated that he had indeed identified himself.

What also did not help with the verdict was that not long after the murder, the two teenagers were arrested in their hotel room, where it turned out that they had already packed their bags and had already made plans to fly back to America that same evening. They had hidden the murder weapon in the ceiling of their hotel room.

In the case of good conduct, those who receive a life sentence in Italy are generally eligible for early release after twenty-one years. The defense of the two Americans immediately said they would appeal the verdict. Although Lee Elder confessed to the murder shortly after his arrest, it is still claimed that the confession was obtained illegally.

Just after the murder, the Italian newspaper published Corriere della Sera after all, a photo, intended for an internal police WhatsApp group, of 19-year-old Lee Elder at a police station. Although blindfolded a suspect is illegal in Italy, it was clearly visible that the boy was both blindfolded and handcuffed and also surrounded by carabinieri – members of the Italian military police.

That photo hit Italy hard, where state violence has long been a source of concern. Every year, dozens of prisoners die in Italian cells, without their deaths being adequately investigated due to the prevailing culture of silence within the police force. Notorious is the case of Stefano Cucchi, a young Roman who died in his cell in 2009 after being severely mistreated during his interrogation. It was only after years of litigation that the first officers ended up in jail.