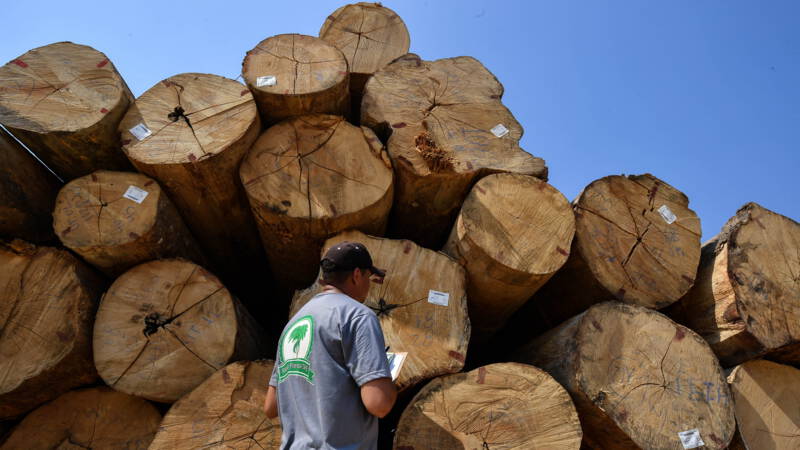 The Dutch-Belgian company says in a response that it has signed the open letter “out of concerned citizenship”. Ahold Delhaize has been working with partners against deforestation for years, says the spokesman. “But we don’t see enough progress.”

Environmental organization Mighty Earth is skeptical about the letter. It is good that the group has spoken out against deforestation, says Wouter Kolk on behalf of the organization, but he fears that it will stop at that. “Again, these are tough words from Ahold Delhaize and other supermarkets. But even without that one law, deforestation continues. Unfortunately, the only language that the Brazilian government and multinationals know behind this deforestation is actual action.”

Kolk believes that Albert Heijn’s parent company should no longer do business with players who are complicit in large-scale logging in the Amazon region. Ahold Delhaize states that it “does not currently source any product from the Amazon region”. “No soy and no beef.”

At the same time, the company indicates that it is a complex chain. “Raw materials are mixed in almost all the products you eat or use. The point is to make the entire chain more transparent and to trace the origin, but that is not always possible”, says the spokesman.

According to Kolk, the Dutch concern does contribute to deforestation. Albert Heijn earned an estimated 40 million euros annually from soybeans imported from Brazil, Greenpeace Netherlands stated in October last year after research

The Netherlands and deforestation

The Netherlands is in the top 5 of European countries that contribute to deforestation, the World Wildlife Fund recently concluded in a report. According to the environmental organization, this is mainly due to our soy imports. These beans are imported as feed for the extensive livestock population in the Netherlands.

Incidentally, the WWF report did not take transit to other countries into account. According to the Dutch Animal Feed Industry Association, 2 million kilos of soy is ultimately used in our country for animal feed every year.