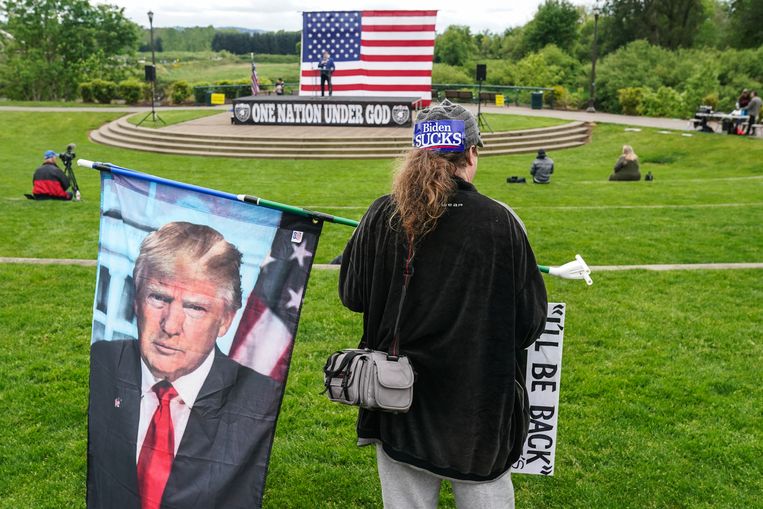 First the news of the day. What exactly happened?

‘To do that, we actually have to go back to January 6, when the Capitol was stormed. While that was still going on, Trump declared his love to the stormers in a video on Facebook. The next day, Facebook suspended him for 24 hours, later that became indefinite. Initially, the suspension was intended to be lifted after the transfer of power to Biden, but Facebook had already referred the matter to its own oversight board, the Oversight Board, and Trump’s account remained closed.

The council has now looked into the matter and said what Trump did was against the rules, but Facebook should not have suspended him indefinitely. That is not possible at all according to the house rules. It says that you can only suspend a user permanently or for a specific period. ‘

Does this come as a surprise?

“I didn’t expect Trump to get his account back. But it is noteworthy that, according to the Oversight Board, Facebook acted in violation of its own house rules. Now they are returning the ball to Facebook, while the council was created to put an end to these kinds of uncertainties. ‘

How independent is the Oversight Board? It is self-funded by Facebook.

‘They are indeed funded by Facebook, but in theory they are independent. Facebook would like to have decisions assessed by this council. That is of course a bit strange, as there are already countless content moderators who determine what is and what is not allowed on Facebook based on house rules. There is now another layer on top. ‘

On the other hand, CEO Mark Zuckerberg once said that he would like to leave a structure should he ever leave. That has become this, a kind of supreme court of Facebook. It’s the only social medium that has such a thing. Twitter, which Trump has also suspended, does not have it, for example. ‘

And what kind of people are on that council?

‘Now twenty people, there should be thirty by the end of this year. These are mostly people with legal expertise, and many Americans. But also the former Prime Minister of Denmark, a former editor-in-chief of The Guardian and the Yemeni Nobel laureate Tawakkol Karman. Both Facebook itself and its users can bring things up. They get more cases than they can handle. ‘

How do they make decisions?

‘The most difficult thing is: how do you judge the various issues that are presented and which criteria do you maintain? The context of whether something is a joke or an insult is often strongly regional and the network has billions of users.

Take the decision to ban Zwarte Piet from Facebook, for example. The council says about this: that is a racist caricature and against the house rules. There are people who think that Zwarte Piet is a purely innocent tradition. There is criticism of the fact that an organization from outside the Netherlands says something about this.

‘Current affairs also play a role. Facebook is important in the conflict in Myanmar. Photos of people killed by the military are shared on the medium. Normally, such content would be removed because it is too gruesome, but because of its newsworthiness and political importance, it remains there.

A similar argument is made with Trump: he broke the rules, but was a man with quite a bit of political power at the time. That made the things he wrote on Facebook newsworthy and something you should put into context rather than delete.

‘Facebook always said: we are only a platform and do not interfere with the content. But this is no longer possible with such an important social medium. You can’t do without some form of moderation. ‘

How will it go on?

Facebook will now have six months to review Trump’s account and the January decision. They basically have three options. Trump remains banned from Facebook, but now for some time, until a certain date. He can also be permanently banned or get his accounts back right away.

‘It is difficult to say how this will turn out. The council has said that Trump did violate house rules at the time and the decision itself to suspend him was justified – just not indefinitely. On the other hand, Trump now has much less power than then, which may be a reason to give him space again. But whatever decision is taken, it can be criticized in any case. ‘