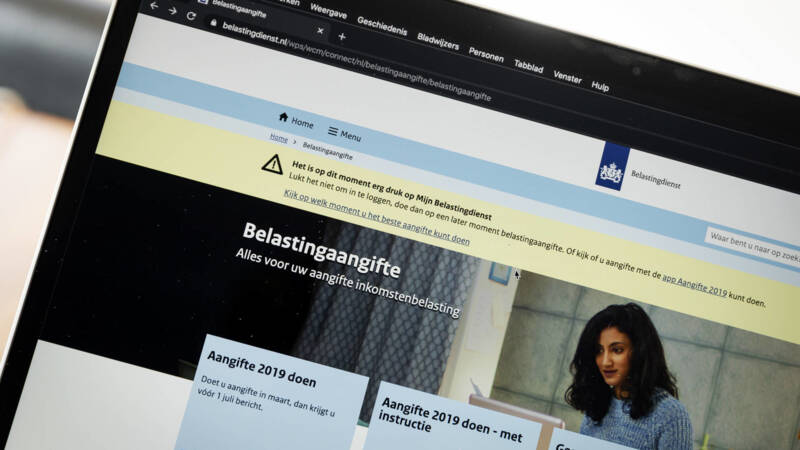 The tax return can be made up to and including today. Due to a technical malfunction at the start of the declaration season, that period was extended by one week. Between March 1 and May 5, about 9.4 million people sent their data. That is slightly more than last year, when there were 9.3 million on May 1.

Due to the five-day technical outage, not everyone was able to log in for the first few days. “But when it was resolved, we saw a quick catch-up. So many people still filed a tax return,” said a spokesperson for the tax authorities.

Due to the corona virus, a number of things were different from normal. For example, the Tax and Customs Administration advised to look extra carefully at the pre-entered data. For example, some people have been given a payment break for their mortgage. These data could differ from the data provided by the mortgage lender.

For some of the 1.5 million entrepreneurs a number of support measures had already been implemented, but other measures were not.

People who need help with the tax return can usually get it on location through, for example, the ANBO elderly association, the library or the tax authorities themselves. Due to the restrictive measures, the tax authorities are now offering this assistance by telephone for the second year. About 30,000 people were helped in this way this year.

However, according to the tax authorities, there is still a group of people who want or need help on location. They will be postponed their declaration until September, said a spokesperson. “It is the hope that by then physical visits will be possible again, and the people who want them will actually be able to get that help.”