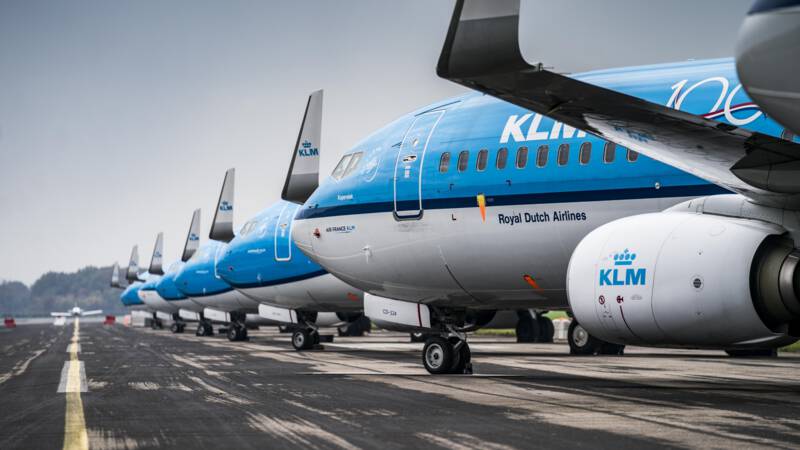 Air France-KLM has once again plunged deep into the red. In the first quarter, the airline suffered a loss of 1.5 billion euros. The number of passengers decreased in January, February and March by three-quarters compared to a year earlier to 4.8 million. Turnover has more than halved.

The heavy losses come as no surprise. Over the whole of 2020, the combination of Air France and KLM suffered a loss of more than 7 billion euros. In the first quarter of this year, the flights were also much less than normal. Travel restrictions and lockdown measures kept travelers away. The heaviest losses were also suffered at Air France this quarter.

At the beginning of April, Air France received 4 billion euros in new support from the French government. One quarter of this involves an issue of new shares that France will get hold of. The Netherlands decided not to participate in that issue. The remainder of the amount concerns the conversion of a loan into a so-called perpetual subordinated bond. The bottom line is that Air France does not have to repay that money and thus reduces the heavy debt burden.

At KLM, the need is less urgent, says CEO Pieter Elbers NOS Radio 1 News. “KLM’s cash position is still solid at the moment. We also see some prospects forwards when it comes to borders that are reopening and vaccinations, especially in America.” Of the 3.4 billion euros that KLM received in loans and guarantees last year, 900 million was used, according to Elbers.

If KLM and the Dutch state also want to convert loans, the price will be high. In that case, the European Commission requires the airline to surrender take-off and landing rights at Schiphol. Air France had to do the same in Paris. “When loans are converted into subordinated loans and thus qualify as equity, additional conditions will be added, says Elbers.” We are still in talks with Brussels. “

Last year, Air France-KLM already received EUR 10.4 billion in loans and guarantees from the Netherlands and France. KLM is also the largest recipient of wage subsidies (NOW) in the Netherlands.

‘No extra redundancies for KLM’

In the press release, CEO Ben Smith says that costs will continue to be closely monitored in the coming months. But this does not have any direct consequences for the staff. “We intervened very quickly at KLM,” says Elbers. In addition to last year’s major reorganization, another 800 layoffs were announced in January. “I do not expect that additional steps will be necessary on top of that. To be honest, of course, it is imperative to say that if this crisis has taught us anything, it is unpredictability.”