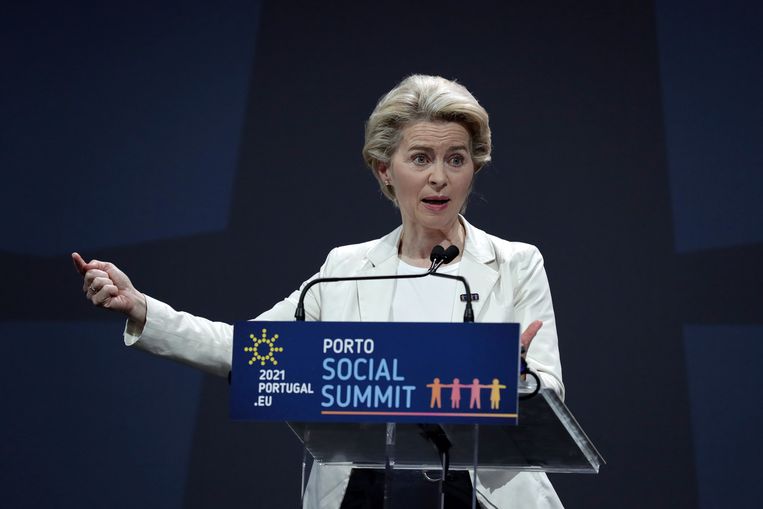 The European government leaders were fairly unanimous in their opinion on Friday evening: patents are not the cause of the current scarcity of vaccines in Africa, Asia and Latin America. In order to help the poorer countries in the short term, the rich West should donate more of its vaccines.

President Von der Leyen of the European Commission emphasized on Friday evening at the start of a working dinner with the government leaders in Porto, that Europe is the largest vaccine exporter in the world. Of all doses made in Europe since the end of December, nearly half (200 million doses) went to countries outside the EU, especially Japan, the United Kingdom and Canada. The US, on the other hand, bans the export of vaccines that are produced in America, and the United Kingdom does not deliver.

Washington’s call earlier this week to release the patents took the EU by surprise. Brussels was not informed about the proposal in advance. Chancellor Merkel immediately turned against it, Germany is the home country of, among others, the very successful vaccine manufacturer BioNTech. But other leaders also expressed suspicion against the US proposal on Friday. They see it as a (successful) publicity action by the Americans to divert attention from the American export ban on vaccines.

The EU will ask Washington what exactly it wants with the patents. EU officials point out that the rules of the World Trade Organization WTO already provide the option to suspend patents. This is also regularly used when medicines are scarce. The problem with corona vaccines is that they are high-tech products with over 200 ingredients. A new manufacturer can do little with the patent alone: ​​the knowledge is also needed for manufacturing, highly trained personnel and above all production capacity. All potential locations are in use according to Brussels.

Leaders also expressed concern Friday that the release of the patents on the successful mRNA vaccines (BioNTech-Pfizer, Moderna) is particularly beneficial to China. The mRNA technique has been developed in Europe and America and shows great promise in many areas, including cancer research. Giving that lead away to China is not only against the pharmaceutical companies but also the EU leaders.