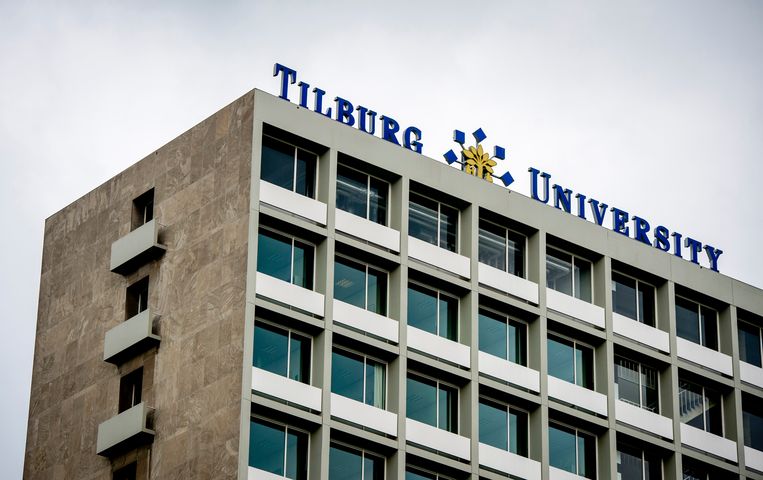 Dressed in a neat gray suit with an open collar, Professor Arie de R. (75) remains in control throughout the session. Seemingly unaffected, he points out the events from the dock. Yes, his family had made over a million dollars helping him with his job. And no, there was ‘nothing amoral’ about that.

Only at the end of the first day of hearing, when the judge raises his ‘personal circumstances’, does the citizen from Brabant no longer hold it. ‘My life has turned 180 degrees’, he says emotionally. ‘I’m an anthropologist. Professionally immersed myself in exclusion mechanisms. But now that I am excluded myself, it has a much greater impact. I sit here, feeling that my life has completely failed.’

Officer in the Order of Orange-Nassau

De R. was regarded as a renowned professor. As professor of cultural and social anthropology, he came to Tilburg in 2000, where he held successive deanships. He was one of the founders of the Tilburg School of Humanities, where he became dean in 2007. Outside the academy, he held board positions at UNESCO and the NWO. He was also chairman of the committee that evaluated the military mission to Uruzgan and lecturer at the Police Academy. In 2010, De R. was appointed Officer in the Order of Orange-Nassau for his merits.

He fell hard from his pedestal when Argos reported in 2017 that as dean he had paid out more than a million euros to family members. Between 2007 and 2015, De R. hired two companies that supported him in supervising PhD students. The beauty salon of his niece Bertina (45) and her husband Michel (46) received more than a million euros. Cousin Jos (50)’s company wrote 270 thousand euros in invoices.

According to the Public Prosecution Service, there is fraud and forgery in documents, because De R. allegedly concealed the fact that he hired relatives. In addition, part of the proceeds flowed back to the dean. Cousin Bertina transferred 207 thousand to her uncle. In the case of cousin Jos, it was 149 thousand euros. According to the suspects, these are loans, but the Public Prosecution Service suspects a ‘kickback’.

The Public Prosecution Service therefore demanded an unconditional prison sentence of 2 years against him and 18 months for Nicht Bertina on Wednesday. Michel and cousin Jos are demanded community service of 240 hours.

From the start of the session, the big finger pointing begins. Bertina explains how she helped PhD students with source research and editing texts, among other things. The invoices for that work were drawn up by her uncle. It was then suggested that Bertina had an MBA degree. When asked about it, she looks helpless. It was an idea of ​​’Uncle Arie’, she explains. “I was docile and did what he asked me to do.”

Cousin Jos says that he did support several PhD students. But when asked what the PhD scientists were researching, he only answers: ‘There is no good or fun dissertation that has stayed with me.’ He also says that the invoicing was done ‘at the direction of De R.’.

The former dean tirelessly repeats that his nephew and niece did a good job. ‘They proved capable and reliable. And I was able to turn them on at night and at dawn.’ In addition, the university knew he was assigning family jobs. But when the judge tells him that university administrators contradict this, De R. takes a different approach. ‘It’s an irrelevant fact at all. There is no prohibition against involving relatives.’

In fact, his employer should be grateful that De R. has promoted so many people. ‘For every PhD student I delivered, the government gave a performance bonus of 90,000 euros. And I provided good supervision: two-thirds of the PhD students passed with me, while the university average is one-third. I brought in millions of euros for the university.’

The university is significantly less grateful, it demands 1.2 million euros in return. If the university administration had known that the support came from family members, the orders would never have been issued.

Utrecht University, where De R. was a professor from 1999 to 2010, also has a bone to pick with him. He is said to have hired Michel, his cousin’s husband, as an associate professor during that period, using a forged resume. The university tried to claim almost 90 thousand euros. The judge set this aside, because the alleged offenses are time-barred.

No jubilation among the suspects, as the other charges are still looming. Bertina, sobbing loudly: ‘Five years ago the FIOD raided. I feel like I’ve been treading water for years.’ Her brother Jos also says he lives in a ‘parking position’.

For De R. it is still incomprehensible. “This case has cost my marriage, career, and family.” He emphasizes how hard it is for him that his promotion right has been taken away from him. ‘I try to approach it cognitively. But I don’t understand. I’m not a bogeyman at all.’

The question of where the 1.2 million has gone remains unanswered. The FIOD has seized two homes, a car and a pension for 600 thousand euros. But according to the suspects, the money was spent on ‘life, such as groceries and clothes’.