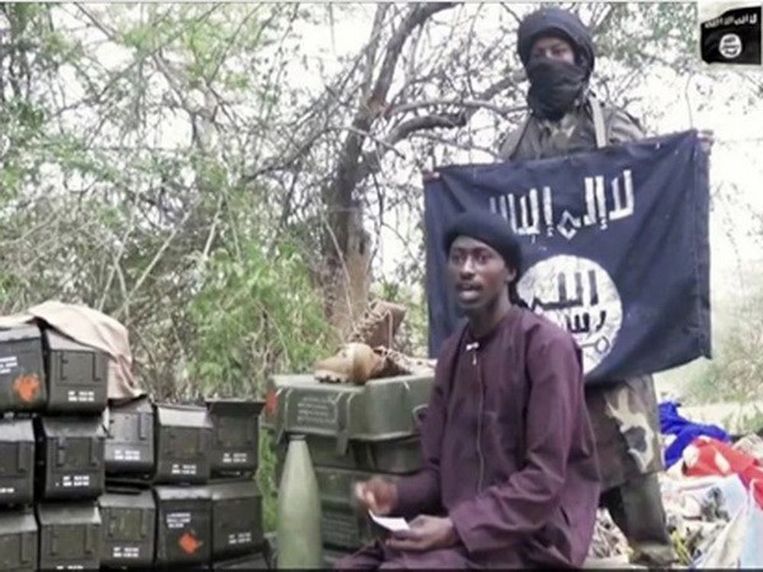 “God has judged and sent Abubakar Shekau to heaven.” The death of the leader of the Nigerian terror organization Boko Haram was confirmed on Sunday by his rival Abu Musab al-Barnawi in a poetic video message. Barnawi is the leader of Islamic State in the West African Province (ISWAP) that has been vying with Boko Haram for influence in the region since 2015. Successfully.

In reality, it was not God, but ISWAP leader Barnawi himself who was responsible for the death of Shekau, who for twelve years and his supporters have been sowing unparalleled fear and terror in the northern Nigerian state of Borno, and even far beyond the border in Niger and Cameroon. . With 30,000 dead, 2 million refugees and a trail of destruction in cities, towns and infrastructure, Shekau had the dubious honor of leading the world’s deadliest terror organization.

The good news: that terror is over – provided that Shekau, who has been declared dead many times before, actually blew himself up as ISWAP leader Barnawi claims. Around May 18, Shekau and some stalwarts are said to have been surrounded by ISWAP fighters at his hideout in the Nigerian Sambisa forest and forced to surrender. Instead, he is said to have blown himself up with some bystanders with the bomb belt he was wearing as a precaution. “Shekau would rather be humiliated in the afterlife than on earth,” Barnawi noted in his video message.

Now for the bad news: if Barnawi takes over the fighters and territory from Boko Haram, the world – and therefore the international counter-terrorism – will face a much bigger and stronger enemy committed to Islamic State (IS). An enemy, moreover, who can count on much more support among the poverty-stricken population around Lake Chad because ISWAP provides public services in exchange for taxes that the government fails to provide. In return, ISWAP demands ‘loyalty’ from the inhabitants: those who do not want to join the ‘caliphate’, refuse to give food to fighters or betray shelters to the security forces can expect a bullet in their head.

Barnawi, born in 1991 in Maiduguri, the capital of Borno, is little more known than that he is the son of Boko Haram founder Mohammed Yusuf. Yusuf founded Boko Haram in 2002 with the aim of creating a strict Islamic society – caliphate – that rejects Western education, among other things. In 2009 Yusuf was assassinated by the Nigerian army and Abubakar Shekau took over the movement. Under his leadership, the idealistic pursuit faded into the background and mainly violence remained.

In 2014, Shekau put Boko Haram on the world map with the kidnapping of 276 Christian schoolgirls in the town of Chibok. 100 girls are still missing. The terror organization also kidnapped tens of thousands of Muslim women and children; they were used as sex slaves, trained as combatants or brainwashed and drugged to commit suicide attacks. Entire towns and cities were depopulated by his acts of terror at its peak in 2016, more than 2 million civilians in Northern Nigeria were displaced and famine threatened. The cruelty and especially the attacks on innocent civilians and so-called ‘renegade’ Muslims was the reason for Barnawi to turn away from Boko Haram in 2013.

He briefly joined Al Qaeda with a splinter group, Ansaru, before returning as leader of Islamic State in the West African Province (ISWAP) in 2016. Shekau had joined IS a year earlier, but even IS shrank from Boko Haram’s violence and put the more moderate Barnawi forward as leader.

Shekau then withdrew to the Sambusa forest, where it is still mainly guilty of looting and kidnapping with about 1,500 fighters remaining. Barnawi, meanwhile, gained more and more foothold around Lake Chad with ISWAP. With an estimated 3,500 to 5 thousand fighters, it mainly focuses on attacks on military targets. With the melodious name IS in terrorist circles, it is also easy to recruit young people in the poverty-stricken and hopeless Sahel region.

Experts agree that the fight against ISWAP will be tough for security forces as Boko Haram fighters may join and expand their region of influence from Lake Chad deep into Nigeria. ‘Although there are important ideological differences to be bridged’, says Rida Lyammouri of the Clingendael Institute, ‘such as whether or not to kill apostate Muslims’.

The biggest fear is that with ISWAP Barnawi will increasingly work closely with Islamic State in the Greater Sahara (ISGS). ISGS is responsible for the spiral of violence in Mali, Niger and Burkina Faso, together with the Al-Qaida-affiliated terrorist organization JNIM. ‘If those two achieve their goals, there will soon be a caliphate in the Sahel from Mali to northeastern Nigeria,’ says Kars de Bruijne van Clingendael.

The US had put a $7 million price on Shekau’s head, but it was not intended for ISWAP. On Twitter, Rewards for Justice wrote: ‘Hey, IS guys. To clarify, no – you are not eligible for the reward for information about his identity or location. That’s not how our program works.’

ISWAP put itself on the map over Christmas in late 2019 with an attack in a Christian village in Nigeria. 11 civilians were beheaded. The massacre was intended to avenge the death of IS leader Abu Bakr Al-Baghdadi.