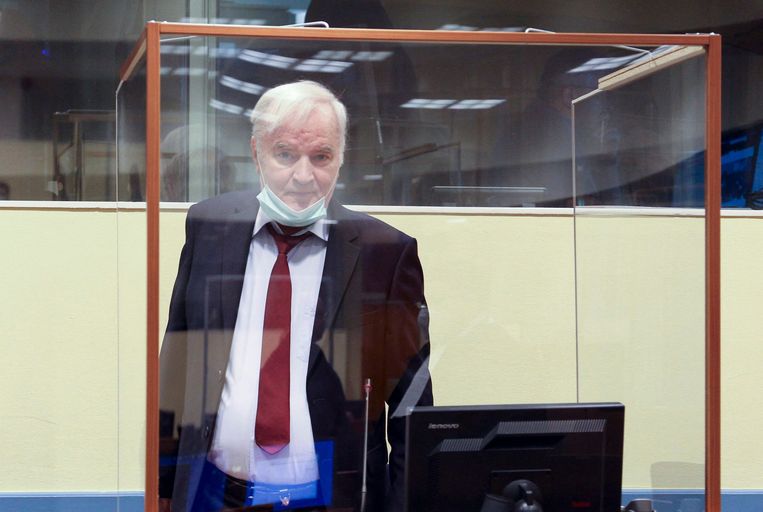 The former general was told on Tuesday, 26 years after the massacres in Srebrenica, that he had also been sentenced to life in prison on appeal.

The judges of the International Criminal Tribunal for the former Yugoslavia, established by the UN in The Hague, already rendered that judgment in 2017, but have now been confirmed once again. The verdict of the five judges was not unanimous: the Zambian Prisca Nyambe, who read the verdict, took a different minority position.

After the fall of Yugoslavia, an ethnic war broke out in Bosnia, in which the Bosnian-Serb army killed some 100 thousand civilians of other origins – mostly Muslims, but also Bosnian Croats – burned down their villages and drove them out of the country.

Mladic, 79, led the army and in July 1995 ordered the murder of some 8,000 Muslim boys and men near the town of Srebrenica. At that time, the Dutch battalion Dutchbat was present with a few hundred soldiers to guard the UN enclave, but not with the mandate or material to fight.

Dutchbat therefore had little to say against the heavily armed Bosnian Serb troops. The mission of the international community to protect the Bosnian Muslims ultimately failed: the largest genocide on European soil since the Second World War took place in Srebrenica.

During the earlier sentencing, one of the judges said Mladic’s crimes are “among the worst humankind has committed”. In addition to genocide, Mladic was also convicted on ten other counts, including terrorism, taking UN personnel hostage and attacking civilian targets. For example, he is held responsible for the three-year siege of the capital Sarajevo, in which thousands of civilians were killed.

Not only Mladic, but also the prosecutors appealed against the earlier ruling. They objected to the fact that the former general was acquitted on one charge, of genocide in five Bosnian villages in 1992, but that acquittal also stands up on appeal.

The ‘butcher of Srebrenica’ himself has always maintained that he is innocent. His defense argued lack of evidence as an argument for acquittal. His lawyers also claim that Mladic is too weak to stand trial and that he should be taken from prison to a hospital.

During his imprisonment in Scheveningen, Mladic had two brain haemorrhages and a heart attack, but after an earlier postponement, there was no longer any reason for the judges to suspend the trial again.

The ruling is one of the last of the International Criminal Tribunal for the former Yugoslavia, which was formally closed after Mladic’s first conviction, but is still concluding several cases under a different name.