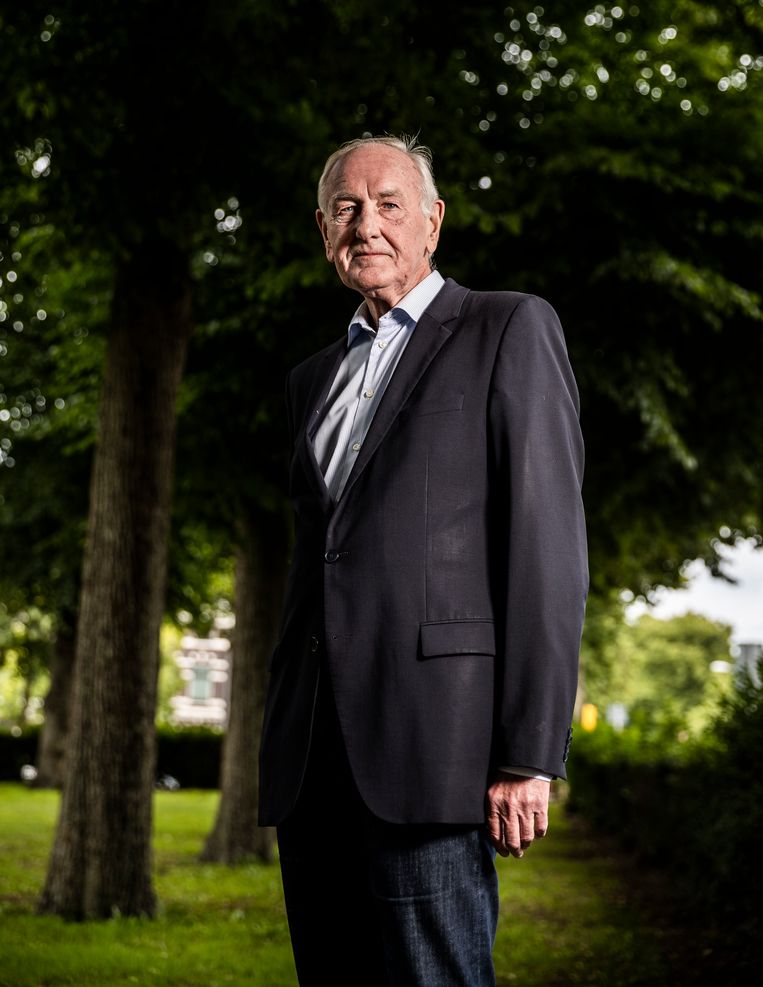 VVD celebrity Johan Remkes (69) finally thought he was going to enjoy his peace, but turned up again to extinguish a political fire. This time in the board of the province of Limburg.

It is tempting to attribute the initial breakthrough in the formation of a new provincial government in Limburg – for the first time without the CDA – to the man who was appointed there as acting head of the board only eight weeks ago.

Johan Remkes – gradually becoming a kind of Sam de Brandweerman when it comes to extinguishing administrative fires – certainly played a role in this. But it is explorer Onno Hoes, former mayor of Maastricht, who managed to forge a coalition in integrity-ridden Limburg on Friday. A coalition of nine parties, which broke up again yesterday after two parties (SVL and SP) withdrew.

The spirit of VVD member Remkes is otherwise ‘tangible’ in the Gouvernement (province house) on the Maas since he arrived there from the distant Groningen country. In the few sessions of the Limburg States under his presidency, last Thursday, the States members were sometimes addressed almost punitively by the headmaster.

Enough with that mutual reproach, so speed with the formation of a new provincial government. Last week, during a debate on integrity, he advised the States members to take a look at themselves: ‘As if integrity belongs to the government and not to us.’

The riot around former CDA deputy Herman Vrehen (he is said to have channeled tons of nature subsidies to his BVs) that led to the resignation of the entire provincial government two months ago, prompts Acting Governor Remkes to do a lot of extinguishing work. Political squabbles have “necessarily damaged the image of public administration.”

The strength lies in the way in which he conveys such a message, the intimates know. The calm but penetrating tone. ‘Johan is rarely impressed,’ says fellow party member Ed Nijpels, decades ago his predecessor as chairman of the national JOVD, the youth organization of the VVD. ‘He never gets worked up, no matter how big the mess is. Then peace will return automatically.’

Rest, Remkes (he turns 70 on Tuesday) would concede when he seemed to put an end to the series of positions in public administration two years ago. When he left as the King’s commissioner in North Holland, he seems to have talked enthusiastically in the corridors about a new bicycle. Finally spending more time with his partner Nicolette.

Now, two years later, the former minister has by no means sank into anonymity. Chair of an advisory committee on the nitrogen approach, of a committee that focused on innovations in the parliamentary system, suddenly back in The Hague to bring order to the chaos as acting mayor (after the forced resignation of two aldermen and mayor Pauline Krikke) and now he is again Sam de Brandweerman in Limburg.

‘Would he ever have used that bicycle?’, Hague councilor Joris Wijsmuller (The Hague City Party) wonders with a laugh.

Wijsmuller, nestor of the city council of The Hague, has seen Remkes, who is worn out for aloof and hypothermic, from a different side. ‘We were in the smokehouse with our shaggies during a break.’ It was loose there. ‘Johan doesn’t waste time. Even in his jokes he is short and clear.’

What he is really clear in, say his environment, is that he sees serving the public good and especially preventing the reputation of public administration from crumbling as life’s work. Because: it is dangerous if that prestige is determined by permanent quarrels and suspicions. That plays into the hands of populism and if there is one movement with which he has nothing, and then also nothing, then that is populism.

“If there is a noise, then you have to intervene quickly because otherwise the damage to the board is incalculable,” says Bas Eenhoorn, fellow party member and contemporary and also a fire extinguisher (now acting mayor in Vlaardingen) in the local administration. “Integrity issues are really chores for him.”

De Drent Eenhoorn was the predecessor of the Groninger Remkes as chairman of the northern JOVD. Eenhoorn, later also national party chairman, sees differences in management style. “He’s more political. I am quite a listening ear, the empathy. He’s much more like: this is it, these are the choices, that’s where we’re going.’

Unicorn agrees that his natural authority and his posture are a plus. Remkes is not easily shaken. Dyed through experiences in all layers of public administration, averse to fuss, from lengthy treatises.

‘Then you are called the down-to-earth northerner or the stiff Groninger’, says Ed Nijpels, who is not very fond of this type of label. ‘Let me put it this way: he is now busy in Limburg and we recently missed him sorely during our regular get-together of elderly VVD directors who believe that things went better in their time.’


As the king’s commissioner in North Holland, he had to deal with VVD deputy Ton Hooijmaijers who promoted ‘administrative entrepreneurship’ but went way too far: he was convicted of money laundering and bribery, among other things. Years earlier, Remkes, as Minister of the Interior, had drawn up a protocol on integrity. Now he said: ‘Integrity cannot be captured in rules. That has to be in your head.’

As governor of Limburg, he now again has to deal with an integrity issue in a province where ‘rumbling’ by politicians/administrators is already often exposed. In Maastricht, Remkes once again repeated his interpretation of the concept of ‘integrity’ in almost the same terms.

Members of the Nitrogen Advisory Committee praise the role of their chairman in peddling the message: ‘Not everything is possible’. It is an open secret that it annoys Remkes that The Hague has barely done anything with the advice.