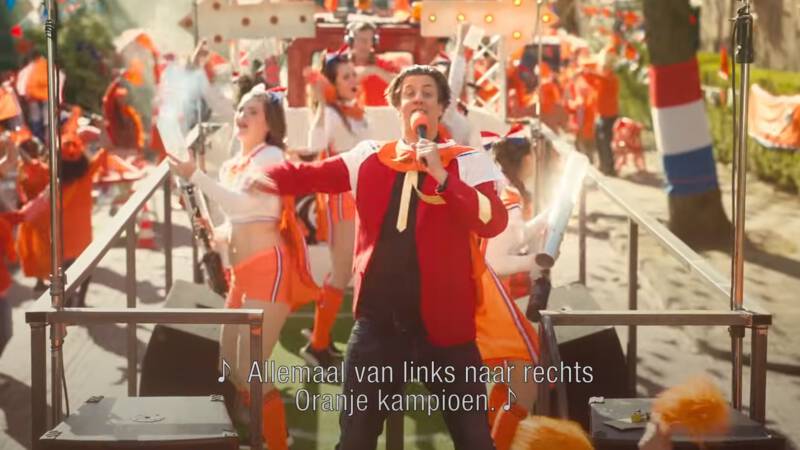 The union has problems with the use of the number, among other things Left right from Snollebollekes. That number grew into the anthem of the Orange women in the European Championship women’s football in 2017, the union says.

The association also thinks that the orange parade in the advertising resembles the orange parades that the KNVB organizes around international matches. “We want to stand up for companies that contribute to football,” says a spokesperson for the KNVB.

The KNVB sent a summons last week with the request to stop the advertising if necessary. De Telegraaf has the letter in its hands. KNVB and Jumbo confirm the conflict.

The KNVB has decided to leave it at the request and will not take any other steps.