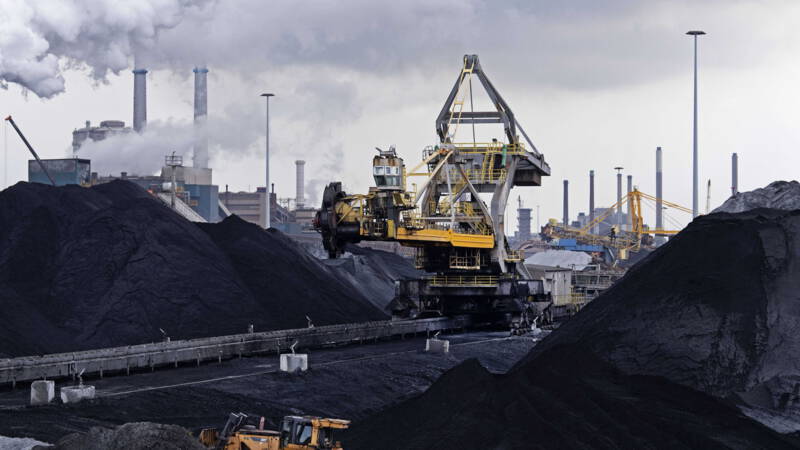 It was a world first. The Dutch court ordered Shell to reduce its CO2 emissions two weeks ago. It is remarkable that the WEMV, the interest group of the largest polluting companies in the Netherlands, seems to embrace the verdict. But not just like that. The government must hurry with new laws, they say, and environmental movements must no longer oppose CO2 storage.

Today Milieudefensie protested at ten large companies. Hans Grünfeld of the WEMV, which includes Tata Steel, chemical company Yara and Shell, seems to embrace the verdict rather than reject it. According to him, major industrial players would like to accelerate greening. But they do need help, including from the environmental movement.

They should no longer oppose techniques to quickly reduce CO2 emissions by storing them on a large scale under the seabed. “This court ruling means that all options must be used. The resistance to CO2 capture and storage must be off the table, otherwise this judgment cannot be carried out.”

The question is whether movements such as Milieudefensie and Urgenda are satisfied with good intentions. Roger Cox, lawyer for both Urgenda and Milieudefensie, has another idea: legal action against Drivers of a major polluter. “Somewhere there is always a person at the controls,” he says. “The director’s liability of directors of large multinational companies that emit a lot of CO2 is going to be a logical next step. There is not yet a concrete case. But if you know that your organization causes damage to the world that cannot be compensated with money, then these are the results. sort of things in the picture.”

NOS op 3 previously made an explainer about the judgment against Shell, and what that means for the large oil companies.

According to Grünfeld, the companies want the government to speed up with legislation and regulations regarding infrastructure. “The measures to reduce CO2, such as electrification, hydrogen and the reuse of heat have one thing in common: they need new infrastructure and that takes time.”

The need for new legislation and regulations has been around for some time, but has been given extra urgency as a result of the Shell judgment. The fact that no decisions are currently being taken in political The Hague is a thorn in the side of the major polluters. “The minister has underestimated the complexity of realizing infrastructure. If it is not available in time, we cannot realize the industry transition, the 2030 climate targets will be endangered and Shell will not be able to comply with the judge’s ruling.”

The large consumers of energy still have many questions about the verdict. “For example, what are the consequences for companies that emit a lot but whose head office is not in the Netherlands? And to what extent does the judgment focus specifically on oil and gas companies? Not a single company has said to me: this statement is for me. reason to move the head office. If only the courts in the Netherlands impose these kinds of requirements, and not yet abroad, this can be an incentive for companies to move their head office.”

For the time being, the companies see the verdict mainly as an incentive, says Grünfeld. “It means that we are doing everything we can to accelerate the implementation of the transition plans. To make sure that the drastic turnaround ordered by the judge is also possible.”