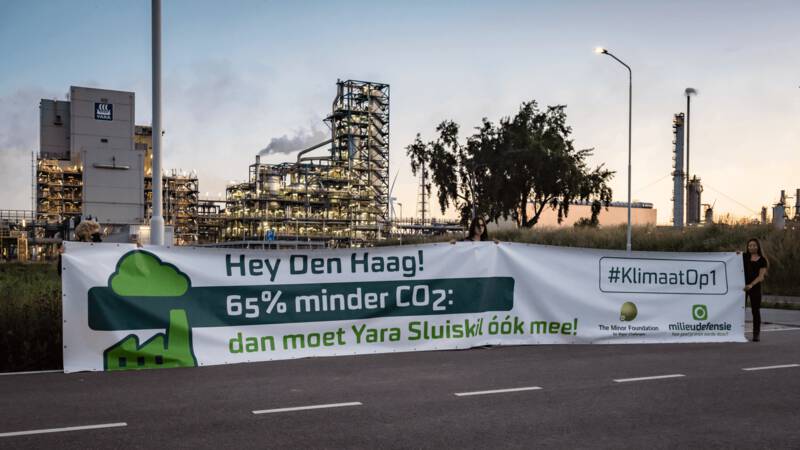 This morning, Milieudefensie campaigners hung banners at ten large polluting companies. “Hey The Hague! 65% less CO2”, was the text, followed by the announcement that the company where the activists were also had to participate.

Milieudefensie believes that companies such as Tata Steel, Shell, Friesland Campina and meat processor Vion should make haste to combat climate change. This also applies to political The Hague.

This afternoon, activists in The Hague will meet spokespersons for political parties. They go there by bicycle. The starting point was the companies where banners had been hung this morning.

Two weeks ago, the court in The Hague ruled against Shell in a case that Milieudefensie had started. The court obliged Shell to reduce its own CO2 emissions, those of suppliers and those of customers before the end of 2030 to 45 percent of the level in 2019.

Shell CEO Van Beurden responded yesterday. He said the ruling does not help in reducing CO2 emissions. He and his colleagues are said to be determined to “take on the challenge” anyway. At the same time, he said Shell is likely to appeal.