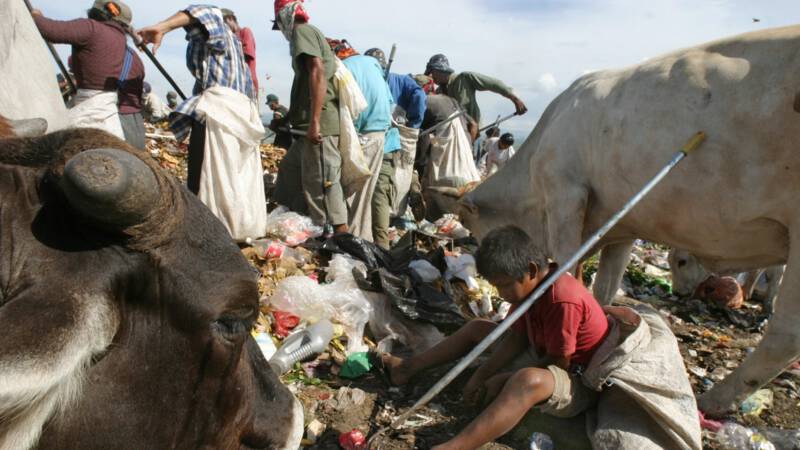 The number of children engaged in child labor worldwide has risen for the first time in twenty years. This is reported by the UN children’s rights organization UNICEF and the International Labor Organization (ILO). It is estimated that at the beginning of 2020 there were 160 million children, or about one in ten children.

Almost half of the children also perform unsafe work, for example underground or with dangerous machines. Such work directly jeopardizes their health and development.

The two organizations write that child labor leads to a vicious circle of poverty and child labour. “Children who engage in child labor risk physical and mental harm. Child labor endangers children’s education and limits their rights and future prospects.”

More than half of the children who perform child labor are between 5 and 11 years old. In total, there are more boys (97 million) than girls (63 million). Nearly a third do not go to school at all.

The amount of child labor has fallen since the report was first published in 2000, when 86 million more children were engaged in child labor than today. But the decrease continued to level off and now there is even talk of an increase. The situation could deteriorate further, as the latest figures are from early 2020, when the corona crisis had not yet started.

End of child labor in 2025 unfeasible

UNICEF and ILO expect an additional 9 million children to engage in child labor by the end of 2022. This increase is caused by the corona crisis. That is why even more urgency is needed to take measures, the organizations say. They call it universal child support and investment in quality education, child protection systems, public services and agricultural development. Child labor is three times more common in rural areas than in urban areas.

The UN has set the goal that child labor will no longer occur by 2025, but with the latest figures that seems unattainable.