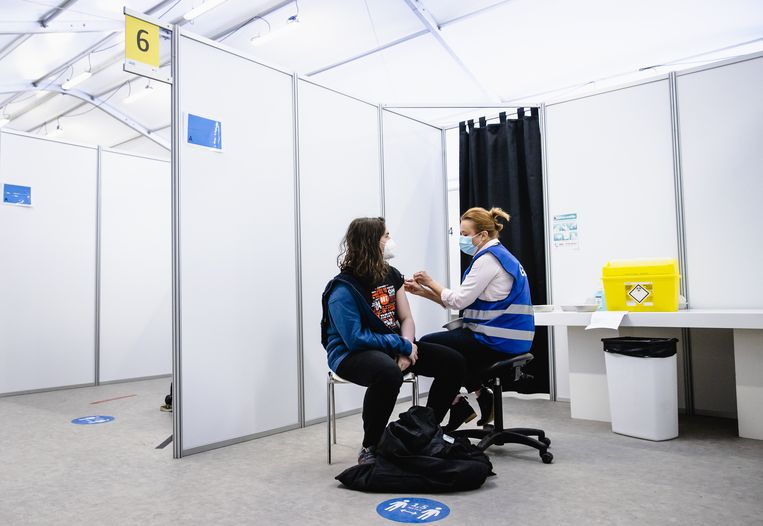 Of the 78 million people in Europe and the United Kingdom who have received AstraZeneca’s vaccine, six are known to have suffered from this so-called systemic capillary leak syndrome, mostly women. Three of them already suffered from this condition before the vaccination shot. One of these three has died.

After investigating these incidents, the European regulator concludes that there is probably a link between vaccination and this condition. Therefore, this side effect should appear on the package leaflet.

One report of this leak syndrome has been made in the Netherlands, reports the Lareb side effects center. But after vaccination with Janssen’s vaccine, also a so-called vector vaccine, that was based on the same technique as that of AstraZeneca. This male over-50 died of the condition shortly after vaccination. There are no Dutch reports of this side effect on AstraZeneca.

Systemic capillary leak syndrome is a rare, life-threatening condition. Blood plasma slips out of the veins and ends up in muscles and organs. As a result, their blood pressure drops. The chance that someone will get the disease as a vaccine side effect seems extremely small, given the figures from the EMA. Even smaller than the other side effect of the AstraZeneca vaccine that is now listed in the package leaflet, thrombosis in combination with a shortage of platelets. The chance of that would be about 1 in 100 thousand.

The EMA is also investigating another possible side effect that has been reported with all four European-approved corona vaccines. It concerns inflammation of the heart muscle (myocarditis) or the pericardium (pericarditis). But it is still being investigated whether the corona vaccines were also the cause of the incidents. The fact that these occurred after vaccination does not automatically mean that it happened because of the vaccination.

There are now 24 known cases of such infections after vaccination in the Netherlands, Lareb reported Friday. In 13 cases this happened after a shot with the Pfizer vaccine, and five times after a Moderna vaccination. These vaccines have not previously been suspected of serious side effects.

Will pass on its own

It concerned 13 men and 11 women, 15 of whom were older than 50 years. Complaints include shortness of breath, chest pain and palpitations that are sometimes irregular. The complaints usually go away on their own or can be treated well with medication. So far, a total of more than 11 million doses of vaccines have been administered in the Netherlands.