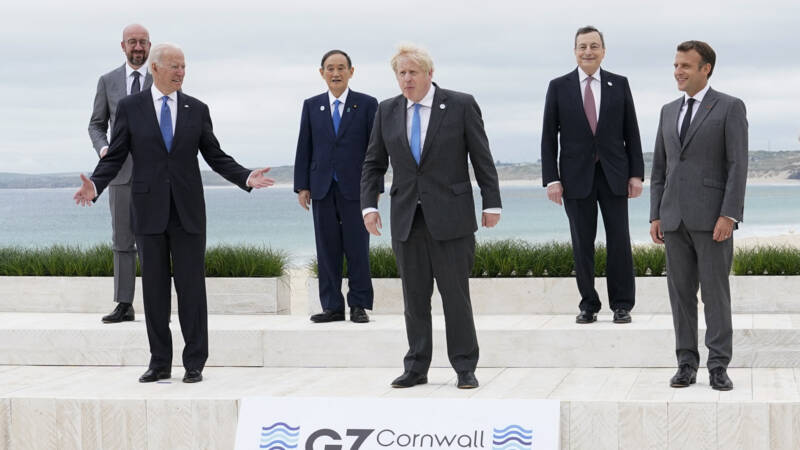 The United States is calling on allies to form a joint economic bloc against China. President Biden will put forward his plans today, on day two of the G7 summit in Cornwall, Britain, senior US government officials have said. They spoke on the margins of the G7 summit on a background basis with the media present.

The group of seven major industrialized countries (United States, Canada, France, Germany, Italy, Japan and the United Kingdom) have gathered since yesterday for a three-day summit. The agenda includes the fight against the corona pandemic. The EU is also participating in the summit and leaders from Australia, India, South Korea and South Africa are also invited as guests.

But for Biden, the summit is also the place to voice his concerns about China. He wants countries to speak out with one voice against forced labor by Uyghur Muslims and other minorities that is taking place in China.

In addition, he wants to raise hundreds of billions to offer an alternative to China’s New Silk Road. This is an infrastructural mega-project that China started in 2013, and that is designed to connect China with the other continents. With this, the country wants to stimulate trade with the rest of the world.

NOS on 3 explains what the Silk Road 2.0 means: