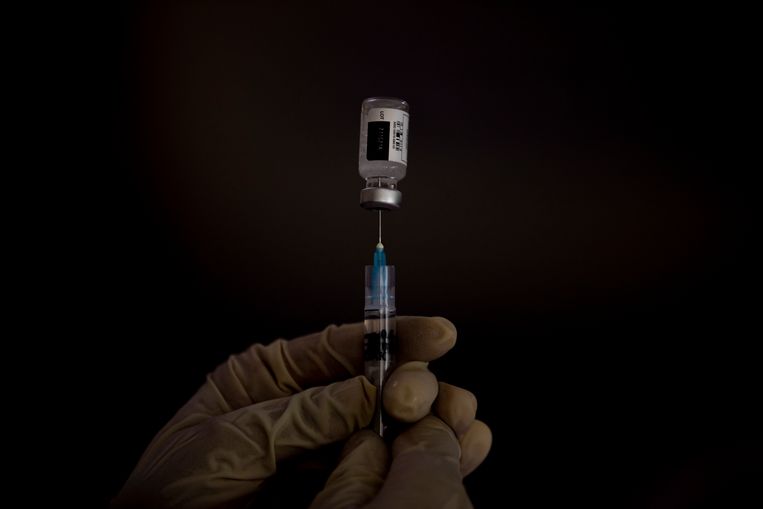 Surrounded by ifs and buts, the new finding – just announced by New York researchers – is. For example, the researchers base themselves on tests in a test tube, not on observations in real, vaccinated people.

The new discovery once again destroys the Dutch course followed until recently: vaccinate with Janssen, and after that one can go straight into the nightlife as a ‘vaccinated’ person. Shortly after vaccination, the blood of Janssen vaccinated is barely able to neutralize viruses, the new figures show. And the vaccine is eight times less effective against the delta variant.

Don’t panic, immunologist Marjolein van Egmond (Amsterdam UMC) adds in the same breath. ‘It is of course important to keep an eye on this’, says Van Egmond. ‘But the real test is to see whether people who have been vaccinated with Janssen become infected. And there is simply too little information about that.’

Moreover, vaccinating is still better than not vaccinating. For example, there is strong evidence that the Janssen vaccine protects well against hospitalization and death. More than 99 percent of Americans who end up in hospital with corona or die from it are currently unvaccinated.

The results are striking. Earlier, a research group affiliated with Janssen’s parent company Johnson & Johnson reported that the vaccine in laboratory tests provides excellent and long-term protection against the delta variant. The new investigation is the first thorough investigation into the case by independent scientists.

For their study, Nathaniel Landau of New York University and colleagues compared the blood samples from 10 people who had been vaccinated with Janssen with the blood from 17 people who had received the vaccine from Pfizer or Moderna. Against the delta variant of the virus, the ‘Janssen group’ appeared to score six to seven times worse than the Pfizer and Moderna customers.

That is ‘just a snapshot’, emphasizes Van Egmond, after looking at the figures: the strength of the Janssen vaccine is precisely that the protection gradually becomes stronger. Moreover, Landau only looked at one part of the immune system, and not at the T cells, the artillery of the immune system that prevents an infection from derailing.

However, it could also mean that the delta variant settles more easily in the throat of someone who has been vaccinated with Janssen than in someone with the Pfizer vaccine. An additional indication of this is the AstraZeneca vaccine, which works according to the same principle as that of Janssen. That too appears to protect only moderately against the delta variant after one injection, according to figures published this week. Only after a second injection does that protection shoot up again.

Many scientists already sensed the mood. Various small studies in animals and humans, for example, indicate that an extra jab with the Janssen vaccine can significantly improve the immune system.

In the Netherlands, the academic hospitals of Rotterdam, Groningen, Leiden and Amsterdam started a trial last month in which healthcare employees are given a second dose of vaccine after the Janssen shot, both Janssen and other brands.

Just this week, several Dutch hospitals announced that they are concerned about the advance of the delta variant among their staff. The virus also appears to regularly infect vaccinated people, who then produce an extremely large amount of virus, often without noticing much.

Virologists are afraid that the virus has found a shortcut to spread itself: through people who believe they are safe, who have hardly any complaints, but who have exhaled large amounts of virus in the meantime.