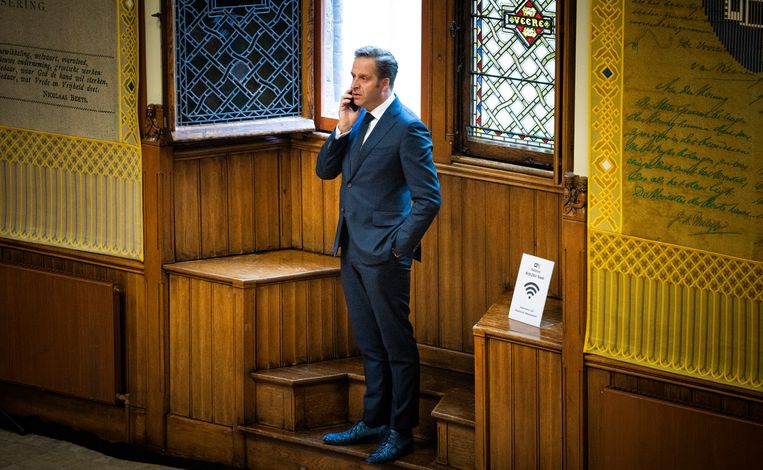 Wob requests must be handled individually, the judge ruled at the end of June. In doing so, the court sets aside the ministry’s crisis working method. Under penalty of a penalty, the ministry must comply with the Wob requests quickly (within a few months).

However, in a letter to the House, outgoing minister De Jonge writes that the judge’s ruling is ‘not enforceable’. Nor does the ministry intend to fundamentally change the way of working. The ministry will appeal, with which De Jonge goes against the parliamentary majority that previously determined that he must comply with the court decision.

Professor of Constitutional and Administrative Law Wim Voermans (Leiden University) finds it ‘remarkable’. ‘Actually, the minister says about the verdict: we are not going to do this.’ According to Voermans, this is typical of the ‘resistance attitude’ that the government has towards the Wob. “But it’s not a service, it’s a civil right.”

Since the outbreak of the corona crisis, the ministry has been using a new method to deal with the Wob. This law normally gives citizens the opportunity to request documents from the government. In practice, journalists in particular use the Wob. But due to the crisis there would have been no time to handle all Wob requests individually. Or as De Jonge put it in a parliamentary debate in April 2020: ‘I am not going to ask the fire brigade to get behind the computer. I want the fire brigade to put out the fire.’

Parts of information about corona policy chosen by the ministry are instead made public once in a while. ‘A traditional approach would mean that the requested information would be made public later and in fragments’, De Jonge once again defends his policy in the letter to parliament.

Waiting more than a year

The judge ruled otherwise. By law, Wob requests must be handled and answered individually. The alternative working method of the ministry does not meet this requirement. Including the current affairs program news hour filed a case, because the editors have been waiting for more than a year to grant a Wob request. Also de Volkskrant recently went to court for a Wob request that remains pending.

In his letter, De Jonge states that the workload of the more than 200 Wob requests that are now with the ministry is too great. For example, 5 million documents have been collected, of which 2 million remain after ‘cleaning’. However, they still need to be substantively assessed. The ministry does not meet the two-month term imposed by the judge. The penalty payment ignores ‘the great efforts’ that are being made, according to De Jonge.

‘They haven’t done anything for a year and a half,’ says Voermans. “This is overdue maintenance.” The government is trying to shift the problem to the authors of the Wob: they saddle the ministry with extra work, the minister thinks. And that is not the intention, says Voermans. ‘Suppose you go to the library and you want Never sleep again from Hermans. Then the librarian wouldn’t say: ‘But do you know how many books we have?’ The questions from journalists simply have to be dealt with.’

Thirty lawyers are currently working on the Wob requests. Fifty additional lawyers must be recruited for the job in the near future. During a technical briefing, a senior official said that the aim is to ultimately ‘harass’ the journalists who have filed a Wob with information. It should be announced in September when exactly that will happen. With the appeal, the matter could ‘take years’ estimates Voermans. “I call it sabotage of the law.”