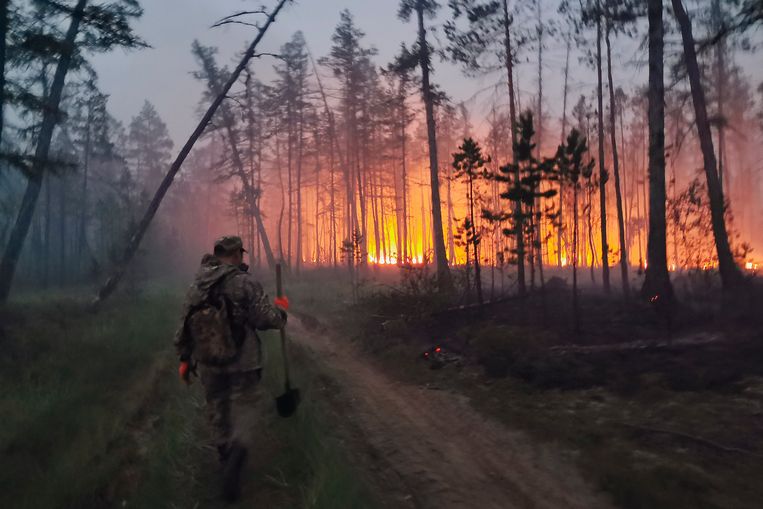 In the US, such a huge conflagration has developed in some places that the hot air currents create their own weather, risking the creation of lightning bolts that set new areas on fire.

The severe fires in Russia are also raging in a relatively sparsely populated area: northeastern Siberia. However, there is also a lot of nuisance there. Dozens of cities and towns were blanketed by smoke, including Yakutsk, the capital of the Yakutia region.

Both Oregon and Siberia are located in the so-called boreal zone, with conifers as far as the eye can see. They are old primeval forests with many withered branches and leaves on the bottom. One well-aimed lightning strike can set things on fire. Because these are often remote, hard-to-reach places, the fire brigade is often not on site in time to prevent the fire from growing into a huge forest fire.

‘Forest fires are naturally common in this boreal zone,’ says Gert-Jan Nabuurs, professor of European forests at Wageningen University and lead author of the IPCC climate panel. He is also co-author of a study on the relationship between climate change and forest fires in Russia. In recent years, forest fires have been increasing significantly, from an average of 1 to 2 million hectares in Russia per year in the 1990s, to 5 to 6 million hectares of forest fires now. The higher temperatures due to global warming contribute to this. This is extremely worrisome and no one has a good answer to it. Climate-smart forest management is also virtually impossible in these vast areas.’

Meteorologists in June saw the mercury in Siberia rise to temperatures an average of 10 degrees higher than normal for that month. Extreme temperatures have also recently occurred in other northern areas. In the Canadian village of Lytton, for example, it became almost 50 degrees Celsius in early July. In the ensuing forest fires, residents barely managed to flee. The village turned into a conflagration that became a symbol of the consequences of climate change. Researchers from the KNMI, among others, have calculated that the extreme heat in Canada is almost impossible to explain without human climate warming.

The wildfires in the US state of Oregon seen from space.