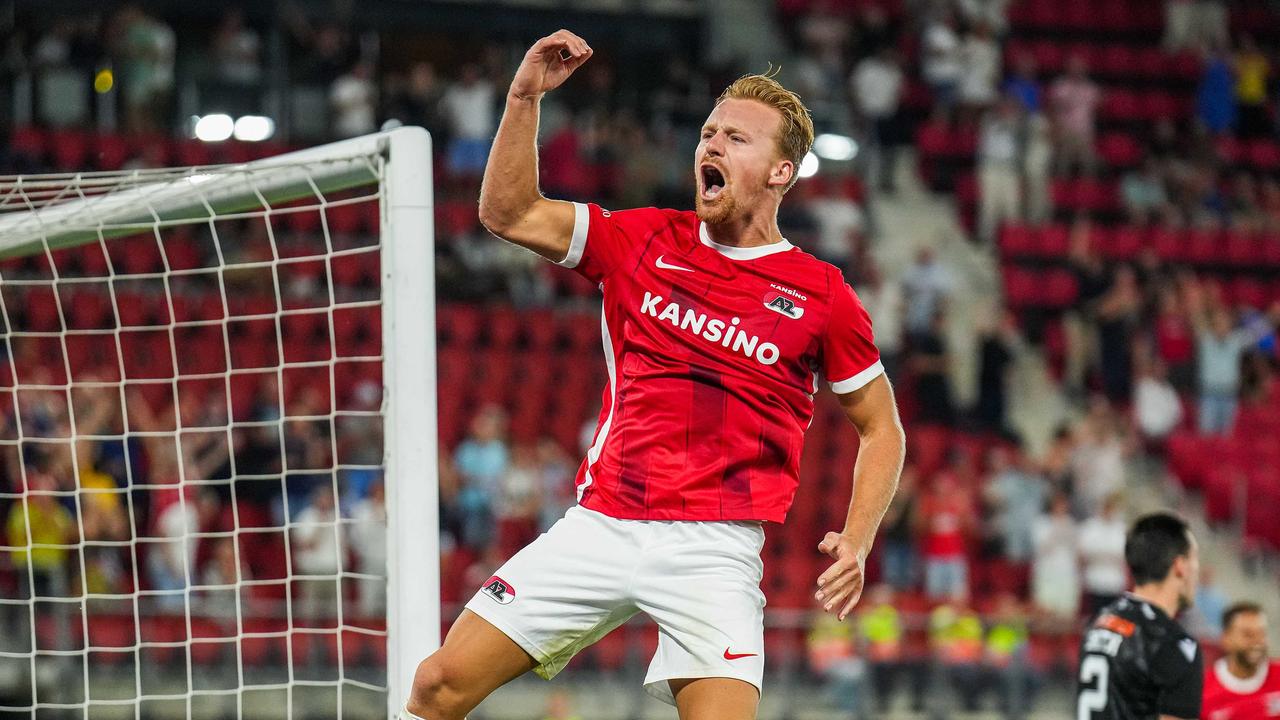 AZ reached the play-offs of the Conference League in a very convincing way on Thursday. The Alkmaarders won 7-0 at home against Dundee United, while they lost 1-0 in Scotland last week.

After a gala performance in the first half, AZ already led 5-0 at halftime through goals from Vangelis Pavlidis (twice), Tijjani Reijnders (twice) and Hakon Evjen. After the interruption, Dani de Wit and Mayckel Lahdo lifted the final score to 7-0.

AZ experienced another failure in Dundee last week by losing 1-0 to the Scottish number four last season. Last year, the team of trainer Pascal Jansen made it to the quarter-finals of the Conference League. Due to the beautiful victory in Alkmaar, that is still a possibility.

In the play-offs Gil Vicente is the opponent of AZ. The Portuguese club settled 4-0 with Riga FC on Thursday, after the first leg ended in a 1-1 draw. The meeting between AZ and Gil Vicente is extra spicy, because the Netherlands and Portugal are engaged in a battle for a second fixed Champions League ticket.

Due to the victory of AZ, all five Dutch clubs are still in the race in Europe. Earlier in the day, FC Twente also qualified for the play-offs of the Conference League, which will be played on August 18 (first leg) and August 25 (return). On Tuesday, PSV secured a place in the play-offs of the Champions League. Ajax (Champions League) and Feyenoord (Europa League) are already certain of the group stage.

The AZ players celebrate the 7-0 victory with the supporters.

Five goals in one half

AZ had to make up for it after the mismatch in Dundee and that was evident from the players of coach Jansen, who made an eager impression. After twenty minutes it was already hit. After a beautifully played attack, Pavlidis had the ball for the tap: 1-0.

The opening goal brought AZ on an equal footing with Dundee in the diptych, but the Alkmaarders didn’t leave it at that. In the space of thirteen minutes, the Eredivisie club scored no fewer than four times in the AFAS Stadium.

Reijnders scored in the 31st minute with a long shot, after which Pavlidis scored his second goal of the evening with a header from a corner. The Greek striker did receive help from Dundee United keeper Mark Birighitti. The former NAC goalkeeper went completely under the ball.

Reijnders was again accurate on the stroke of half-time: this time he was the end station of a flowing attack. Not much later, Evjen also found the net, with which the impressive first half of AZ had a fitting end.

Vangelis Pavlidis was the big man at AZ with two goals.

With the nice lead in their pocket, AZ didn’t have to go deep after the break, but Jansen’s team still tried to increase the score. That resulted in a goal in the first minute of the second half. De Wit pulled the trigger after a scrimmage in the Dundee penalty area.

After an hour of play, Jansen decided to save some players, although that was not reflected in the eye-catching game of the home team. After several great opportunities, the 7-0 fell fifteen minutes before time: newcomer Lahdo scored his first goal for AZ.

With the debut of addition Riechedly Bazoer after the 7-0, the AZ party night was complete. The Alkmaarders are therefore only one hurdle away from the main tournament of the Conference League.

AZ will play against Gil Vicente for the first time next week.