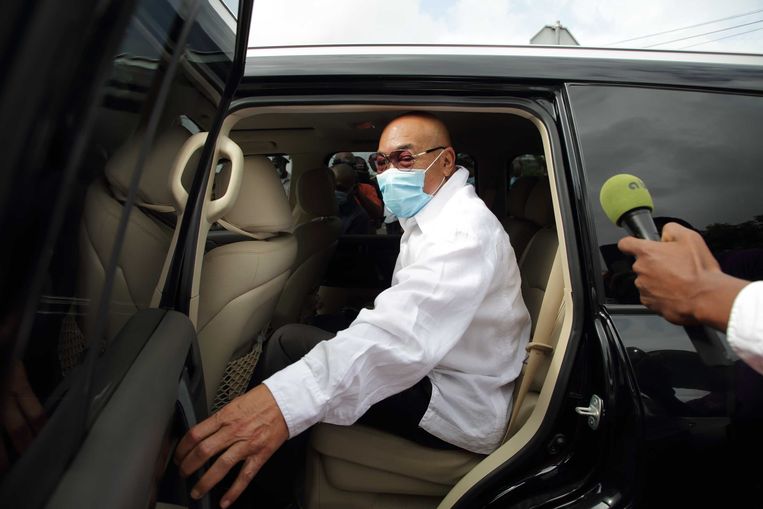 Kees, ‘a few Dutch people will take it in their pants today’, if Bouterse Friday ‘will indicate who are all involved in the case’, his lawyer Irwin Kanhai told the Surinamese medium. Star news. What does he mean by that?

‘It fits in with the defense story we’ve been hearing for a while. Bouterse has already spoken in this process once before, in November 2020. Then he read a fairly extensive statement, in which he claimed that the 15 people killed in the December murders were controlled by foreign powers. He was referring to the Netherlands and the United States, which would have been out for a military invasion.

‘If Kanhai says that the Dutch ‘should do it in their pants’, it is inevitable that Bouterse will point this out. We know far from everything about the period immediately after independence in Suriname, from 1975, in which the Netherlands remained involved in the country in all kinds of ways. Some documents are hidden in The Hague as state secrets until 2060. What is now public does not indicate Dutch plans for an invasion. So regardless of whether it is true, it will be interesting to see if Bouterse comes up with new details. But Kanhai is a smart lawyer, according to his opponents cunning. He knows how to spin such a case.

‘This only takes place at the end of the day, by the way. There is a lot on the agenda. It starts with the prosecutor’s indictment, followed by the plea of ​​Bouterse’s lawyer. Then a reply, a rejoinder, and finally ‘the last word’ from Bouterse.’

What does Bouterse have to gain from being more open? In March he made use of his right to remain silent.

‘That was very striking. Perhaps he was already working on today. He will hope to influence the judges with new ‘facts’. Yet the chance seems very small, if only because such facts should of course have been brought up in the defense much earlier.

‘Actually, this phase of the lawsuit is a technical intermediate piece. In 2019, the Court Martial already sentenced Bouterse to 20 years in prison, with very extensive arguments. But Bouterse was not present in the country at the time: the conviction happened ‘in absentia’. He was ultimately not arrested by all kinds of legal tricks. One was by opposing that conviction in absentia. We are now dealing with that resistance.’

‘After this hearing, the Court Martial will probably need a few weeks to reach a verdict. His lawyer has already announced an appeal if the judge finds Bouterse guilty again. Which, I repeat, has happened before with very extensive argumentation. If the judge convicts him, then it will be exciting whether he puts Bouterse behind bars immediately, or first awaits the appeal. Parties who know about it differ on what legal judgment will be passed here.’

Are the announced accusations against the Netherlands a kind of lightning rod to divert attention from the murders?

“Perhaps in the eyes of his opponents. He himself has often indicated that the Netherlands played a dark role in the December murders. Bouterse believes he has done his patriotic duty by keeping the country out of foreign hands. He will no doubt point this out in his last words. From his perspective, that’s the crux of the matter.’

Is there any chance we should believe him about that invasion?

‘For that he has to name things that we haven’t heard so far. The allegations presented earlier are insufficiently substantiated by the facts. It seems unlikely that we will hear such an argument on Friday. It is possible that facts are still unknown. But we are now 39 years later. It would be quite miraculous if irrefutable facts suddenly surfaced. And even then, according to the experts, this does not affect the criminality of the murders at all.’

Do Surinamese understand that the process takes so long?

‘You have a pronunciation in English: justice delayed is justice denied. That feeling certainly lives in Suriname. Bouterse’s team has made many attempts to thwart the case, especially during his presidency between 2010 and 2020. It is very clever that people who took the case never gave up.

‘In the meantime an entire generation grew up that did not experience the December murders. Who knows Bouterse mainly as a twice democratically elected president. Some also think: why are we still working on this? Don’t we have bigger socio-economic problems on our minds? The answer to that is absolutely yes.

“But there are still bereaved families who want justice for what was horribly done to their loved ones. Surinamese certainly see this as an important social factor. Apart from that, this is not just anyone. Bouterse has dominated the history of this young country so far. In that sense it is a matter that concerns the whole of Suriname.’