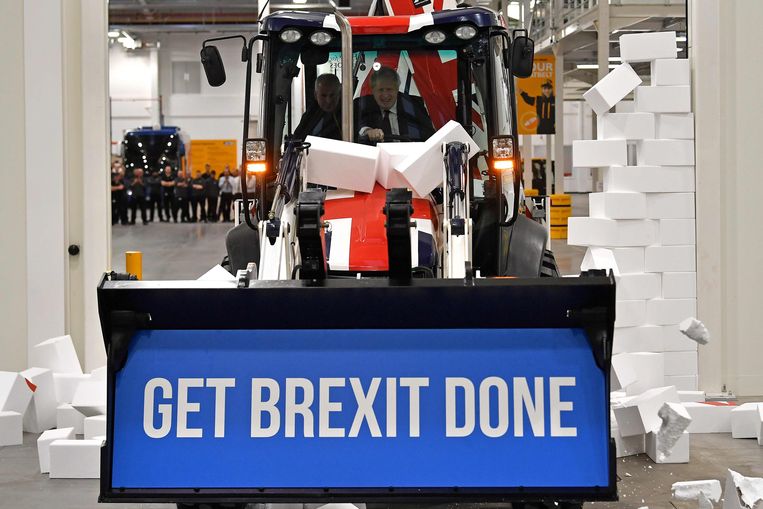 There is hope in Brussels – possibly against all odds – that the trade agreement will be launched just before Christmas. EU officials suggest that British Prime Minister Johnson is consciously directing Johnson at the moment, not with a nice Christmas spirit in mind but for political gain. With a draft agreement mid-week, the British Parliament – which must give its approval – will barely have time to thoroughly read the approximately 700 pages (without attachments) of extremely complex text. That way, Johnson would want to nip in the bud an uprising in his Tory party – where hardcore Brexiteers view any deal with the EU as high treason.

It is very questionable whether the European Parliament, which must also agree, will go along with this legal tosses and throws. The parliamentarians demand reading time, legal certainty and the availability of the agreement in all 23 European languages. The final deadline that parliamentarians had set for a draft agreement was Sunday night. But despite the verbal uproar from parliament that it is not a ‘stamping machine’, few in Brussels believe it is prepared to hold up an agreement.

After all, the draft agreement can be approved by the European Parliament during a special session between Christmas and New Year’s Eve. For the Member States, the yes vote is not a procedural problem, national parliaments do not have to ratify. In this way, the agreement is a fact in the nick of time, preventing chaos at the British-European borders, tension around British fishing waters and economic misery from 1 January.

Given the history of ignored deadlines, it is certainly possible that a draft agreement will only be ready after Christmas, but before 1 January. The member states will then agree, but timely approval by the European and British parliament is impossible. In that case, the member states can decide to introduce the agreement ‘subject to change’ from 1 January, very much against the wishes of the European Parliament. If that parliament (or the British) later reject the deal, it must be dropped, but misery at the turn of the year is in any case averted. The trade agreement between the EU and Canada has been running on such a provisional basis for more than three years, to everyone’s satisfaction.

The dream scenario of the hardcore Brexiteers: London and Brussels split without agreement and with slamming doors. Despite all rounds of talks between EU negotiator Barnier and his British counterpart Frost (and their teams), the gap is too wide. Incidentally, it would be cynical: the negotiations are stuck on what EU fishermen can catch in British waters, currently worth 650 million euros a year. The total trade agreement amounts to approximately 900 billion euros per year.

Without an agreement, trade between the EU and the United Kingdom will revert to international WTO agreements from 1 January. In practical terms, this means: import tariffs, export quotas, strict and time-consuming customs controls, restrictions on aviation and freight transport, significantly less police cooperation and EU fishermen no longer allowed to enter British waters. The EU has a limited number of contingency plans to mitigate the blows to air and freight traffic in the early months, but the economic damage and chaos will be significant. And then we have to wait for Brussels and London to talk again, because the two remain neighbors and trading partners.

In 2018, a small sea battle took place between French and British shell fishermen. Will the Brexit negotiations fail again? In the French port city of Granville it already sounds militant: ‘We will no longer allow them to moor anywhere and block every ferry terminal.’ Read the report.