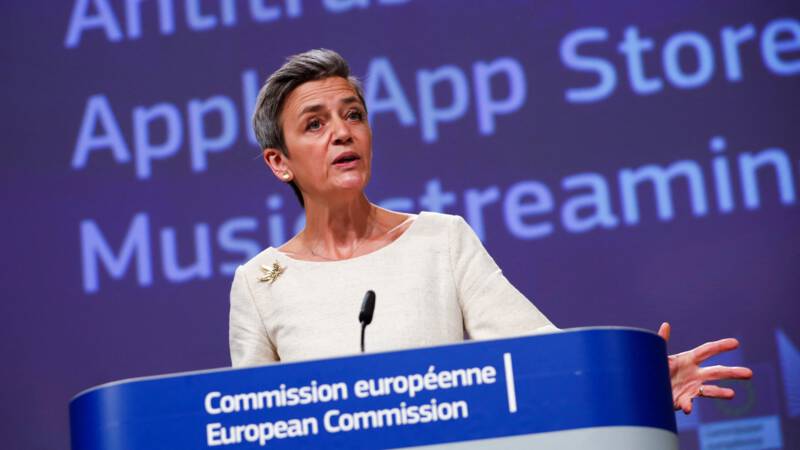 If found guilty, Apple could be fined and forced to make changes. The latter in particular can be detrimental to the company; it will be able to pay a fine without any problems.

When asked, Vestager said that the Commission is not concerned with the height of the commission that Apple is asking, but with the fact that the tech giant is in direct competition with music apps. That could mean compelling the company to allow music apps to introduce payment options other than Apple’s. That could ensure a fairer playing field.

The Commission Vice President further said that Apple’s role in the e-books market, the App Store as a whole and the gaming market are also being looked at.

The Commission has fined Google three times over the past few years. The search giant has appealed all three fines; the first case is now in the European Court. Should it now come to a punishment again, it is expected that Apple will also go to court. So this case could take years.

There is also another legal dispute between the Commission and Apple that concerns paying back taxes in Ireland.