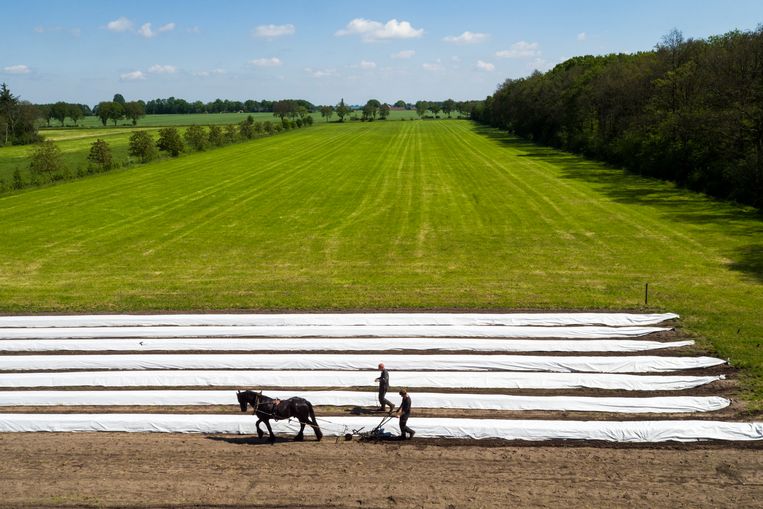 What is there to discuss? Isn’t there already an agreement in Brussels?

Much is certain about European agricultural subsidies for the period 2023-2027, but not everything. Proponents of a more sustainable agricultural policy are in all cases disappointed. They think the mandatory greening measure that will apply to all farmers is not ambitious enough and they deplore that they are also surrounded by exceptions.

Take the three-meter buffer zone, which should be next to ditches. It is allowed to deviate from this in areas with ‘many’ ditches. Or the percentage of land that a farmer has to take out of use permanently. That does not have to be more than 4 percent of his total acreage. With an exception for farmers with ‘little’ land, of which there are quite a few in Europe.

On the other hand, critics are concerned about a new element in the policy: Member States can decide for themselves which voluntary greening measures they will spend part of the money on. And how much. Each Member State can therefore still make choices here. Attuned to one’s own needs, such as the nitrogen problem in the Netherlands.

That’s good news, isn’t it, extra money to get out of the nitrogen crisis?

A huge step forward, as outgoing Agriculture Minister Carola Schouten presented the new plans. A policy that ‘offers Member States scope to implement the necessary sustainability measures in agriculture and the contribution to social tasks in a way that meets the national and regional needs of a Member State as closely as possible’, she wrote directly to the House of Representatives.

In theory, the minister is right, but the question is how much guts she (or her successor) has to actually spend the money green. The starting point is roughly what it was like: 90 percent of the money is income support, 75 percent of which will still be distributed based on the amount of land a farmer has. No matter how neat it works there. The other 25 percent of income support should go to ‘eco-schemes’, for farmers who choose from a voluntary menu of interventions on the farmland that help biodiversity or the climate.

So what are the greening options for the Netherlands?

How sustainable the subsidy distribution will turn out will depend on the extent to which the Minister of Agriculture turns three green buttons. Firstly, it can single-handedly increase the 25 percent for eco-schemes at the expense of the flat hectare support.

Secondly, it can opt for really effective eco-schemes, and that is what the current EU agricultural policy lacks. That it only pays out the money if there is a demonstrable improvement in biodiversity or the climate, for example if farmers create herb-rich grasslands or raise the water level in peat meadow areas.

The biggest potential green hit is the third. A substantial part of the income support pot (called Pillar 1, 90 percent of the total) may be diverted to the other part of the European agricultural subsidies (Pillar 2). With 10 percent of the total, a much smaller subsidy pot. This includes financing long-term projects that benefit the quality of life and sustainability in rural areas.

We have plenty of problems here with nitrogen, climate and biodiversity. That requires maximum rotation of these three knobs, right?

Peasant interest groups exert pressure to keep the amount of direct income support high in particular. After all, this per hectare payment is a certainty for farmers in a world of uncertain prices and low margins. With a slightly lower budget than in the previous period – partly because no adjustment is made for inflation and thanks to the disappearance of Great Britain as a net EU payer – agricultural organization LTO Nederland therefore says: In the new system ‘must do more for less money’.

Don’t they have a point there?

The already uncertain earning capacity of farmers will not improve with the new plans, that’s right. Take a dairy farmer. Where he used to receive a subsidy, he now has to take part of his grassland out of production in exchange.

Yet this shift to more sustainable is perfectly logical, many experts will tell the House of Representatives on Tuesday. Such as Jeroen Candel, agricultural policy expert at Wageningen University. In LTO’s response, he sees that farmers have come to see the hectare premiums as an ‘acquired right’. While the days when agricultural subsidies were exclusively the domain for socio-economic purposes are far behind us, according to him.

“We’re talking about public money,” he says. ‘Then you can expect this to be used to tackle major social challenges.’

Is this going to work?

Everything now depends on the choices the government will make. To be presented in a National Strategic Plan, which should be at the offices of the European Commission before the end of the year. In a first draft version, the ministry announced last week that areas of nature on farmland will also count towards the hectare support from 2023. This was not the case, which could be an incentive for farmers to put the chainsaw in trees and hedges.

But a much more important passage in the eventual Dutch plans is that about the amount of money that the Agriculture Minister is prepared to steal from direct income support to farmers. Like Candel, Bird Conservation and Biodiversity Professor Koos Biesmeijer, among others, argue in favor of transferring as much as possible from the income support pot (Pillar 1) to the much smaller pot for rural development (Pillar 2).

In this way, the European Commission allows a maximum of 42 percent to be taken from the income support. LTO advocates a maximum of 5 percent. Candel is not hopeful. ‘In the letter that the minister sent to the House last week, it was mainly about the concerns of the farmers. And much less about social concerns about the environment and climate.’