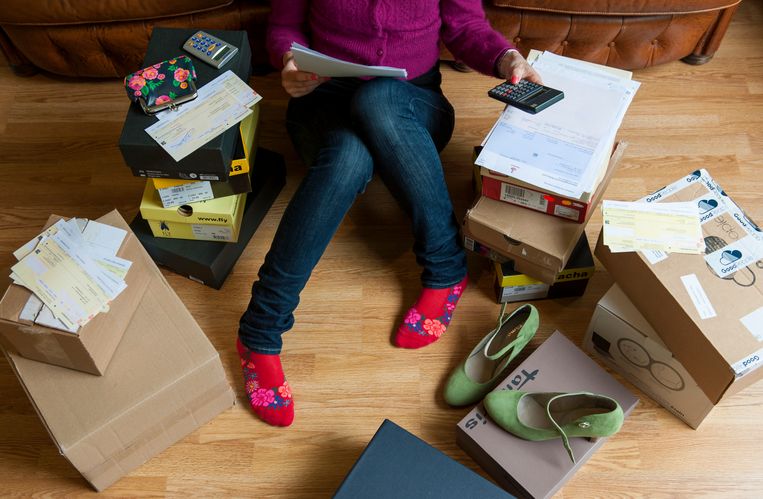 Half a million households currently have problematic debts. On average, it takes five years for people to seek help. The average debt would then have risen to about 40,000 euros with fourteen creditors.

After that, it will take more than a year before all creditors agree to a restructuring proposal. They must all agree to an arrangement. In collective debt settlement, municipalities and creditors make agreements in advance about the settlement of outstanding debts.

The ‘collective debt settlement’ has saved the municipality of The Hague 84,000 letters from and to creditors. The creditors receive the registration of new customers periodically in an overview.

The top 30 of largest creditors in The Hague now participate, including ING, ABN Amro, the Tax Authorities, DUO, Eneco, Vestia, Menzis and Vodafone. ‘We hope to expand this to the top 50 in the coming years,’ says a spokesman for the municipality. ‘We want to help people get rid of their financial worries and debts as quickly as possible. In addition, there are fewer implementation costs and administrative burdens for municipalities and creditors. ‘

Amsterdam has adopted the Hague method this month. Another 24 municipalities, including Den Bosch and Hengelo, are working on concrete preparations. “And 62 other municipalities are on the threshold,” says Marco Florijn, chairman of the NVVK, the largest trade association for debt relief and financial services. ‘This approach also prevents dropouts; Those seeking help tend to drop out if it takes them all too long. ‘

According to Florijn, the fast method also offers advantages during the corona crisis. ‘We expect a wave of new applicants for help next spring. Then we must be able to scale up quickly. Asking for approval for a debt restructuring process is still a time-consuming process in which sometimes multiple calls and emails are sent back and forth, for example if there is no response or if something needs to be clarified.

The Tax and Customs Administration, almost always involved in debt restructuring, is positive about the experiences in The Hague. ‘With this method of debt settlement we can offer people clarity much faster,’ says Eric Smit, team leader of the national collection center of the Tax and Customs Administration. ‘Thanks to good agreements in advance, we can now give the green light for a debt assistance scheme within two weeks. Previously, a lot had to be arranged both legally and administratively and that took at least eight weeks. ‘

The tax authorities cooperate in the vast majority of cases for collective debt rescheduling. ‘We then’ unseen ‘agree to the proposal of the debt counselor,’ says Smit. ‘In that case we will receive at most that proposal for notification and payment will follow from the credit bank. This is the amount of the debtor’s outstanding claims. After payment by the credit bank, we proceed to cancel the remainder of outstanding assessments. ‘

In The Hague, not every debt relief process has still been handled faster, says a spokesman. Unfortunately, a process is as fast as the slowest creditor. And unfortunately there are sometimes still creditors who knowingly and deliberately delay the debt relief process. They harm the interests of the debtor and of the other creditors. It would be good if legislation was introduced for a legal response period for creditors. ‘