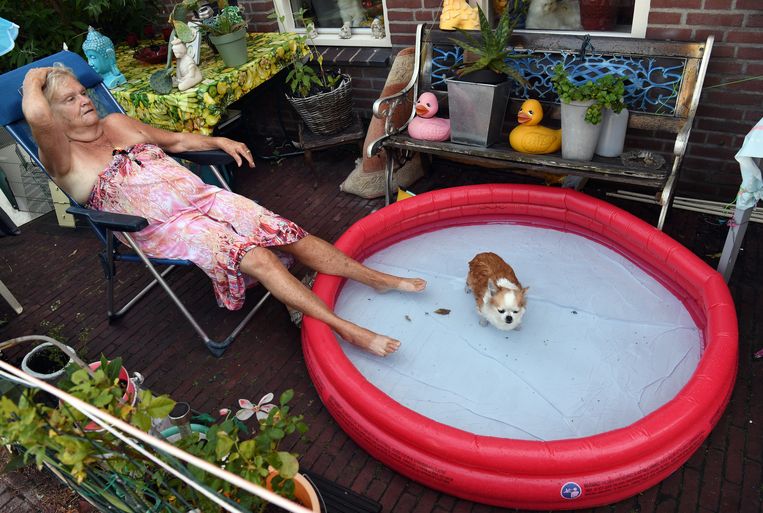 This year the mercury rose in De Bilt no less than 286 days to 10 degrees Celsius or more. This has never happened since the measurements began in 1901. The previous record year was 2002, with 285 days above 10 degrees. The rest of the heat record list is also full of relatively recent years. As many as seven of the top 10 years with the most days above 10 degrees, fell in the past twenty years.

The rising temperatures are a symptom of global climate change, which is particularly well visible on Dutch thermometers. ‘In the past thirty years, the Netherlands has warmed up more than twice as fast as the rest of the world,’ says climate expert Peter Siegmund of the KNMI. ‘About half of that is due to greenhouse gas emissions. The other half is because the sun shines more often in spring and summer. We don’t yet know why that is. ‘

Behind the new record was another record: of the 286 days, 233 followed each other. In De Bilt it was warmer than 10 degrees every day from April 1 to November 20. The beginning of autumn was therefore extremely late.

It is not the first weather record to be set this year. For example, this year the lateest tropical day ever was measured (35.1 degrees on September 15 in Gilze-Rijen) and this year counted the most tropical days in a row since the measurements started (from 6 to 13 August it was in De Bilt warmer than 30 degrees).

It is precisely these kinds of records that we see very clearly that the climate is changing, says Siegmund. ‘One day on which it used to be 8 degrees and now 9 degrees, that is not obvious. But if you put all those days in a row, then climate change shows its true face. These kinds of heat records show how exceptional heat is much more common now than it used to be. ‘

Should the hope for a white Christmas just be discarded? This year the temperature may drop to zero at Christmas for a while, although snow will probably remain out. Yet there is still a white Christmas in the coming years, says Siegmund. “In any case, that chance is still greater than that on an Elfstedentocht.”