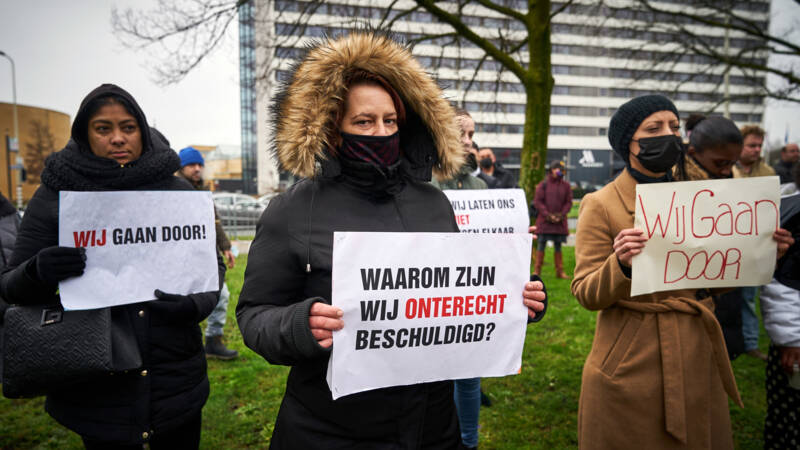 Scientists and lawyers expect that the Catshuis Regulation can linger in court for a long time to come. They especially criticize that victims of the allowance affair cannot object if they have been (temporarily) rejected for the compensation scheme. As a result, some of the victims may miss the 30,000 euros that were promised in December to meet their suffering.

Trouw reported this morning that lawyers from the tax authorities themselves are also leaving on a large scale, because the service has omitted the objection clause from the letter of rejection. Earlier it was announced that hundreds of victims have been wrongly told that they are not eligible for the scheme, which would be paid before 1 May.

“The Catshuis Regulation is very badly put together. That is because it was drawn up under too much pressure. It did not look at what the victims need”, says Janet van de Bunt, lecturer in Accessibility of Law at Inholland University of Applied Sciences.

Back to the drawing board

Van de Bunt, specialized in non-life funds, predicted the failure of the Catshuis scheme weeks ago in an opinion piece in NRC. Next week she will publish an article in a professional journal for lawyers in which she explains all that is legally wrong about the scheme. “They have to start over with the Catshuis scheme. It does not contain any criteria on which you will be rejected.”

If that does not happen, Van de Bunt predicts that rejected victims have no chance at the court. “If a judge is going to review this, he will probably have to uphold a rejection.”

According to the ministry, an objection is not necessary now because it concerns a temporary rejection. Victims could later still qualify for the promised 30,000 euros during a second check. It would therefore not be a so-called ‘decision’, whereby it is legally required to offer a possibility of objection.

The tax authorities’ own lawyers say that it is an official decision, Trouw writes. Parents must therefore be able to object. But despite these warnings, the management of the Tax Authorities would have decided that it should not be called a decision, and that therefore no objection clause should be included in the letter.

“The State Secretary does not determine whether something is a decision, that is determined by the law,” says lawyer Marc van Hoof. “Everything indicates that this is a decision.” Van Hoof fears that due to the absence of the objection clause, the victims will have no chance at a later time in court. “Legally, people must lodge an objection within 6 weeks. Otherwise the judge will say ‘you are too late’ and the judge will no longer consider the substantive objection.” The first rejection letters arrived in people at the beginning of April.

Under the slogan #SamenSterker, duped Lynn Woodrow is organizing an online information meeting for other victims next Saturday. Part of this is writing a notice of objection. After a considerable delay due to errors at the tax authorities, Woodrow has now been told that she will be compensated tomorrow.

Still, she is not happy. She is in an app group with thirty other parents who have been rejected for the scheme. All unjustified, according to Woodrow. She organizes the meeting to help these parents with objection. More than 350 people are now members of the event’s Facebook group. “People can email me with questions that our lawyer can look at. I do this mainly to create peace among the parents.”