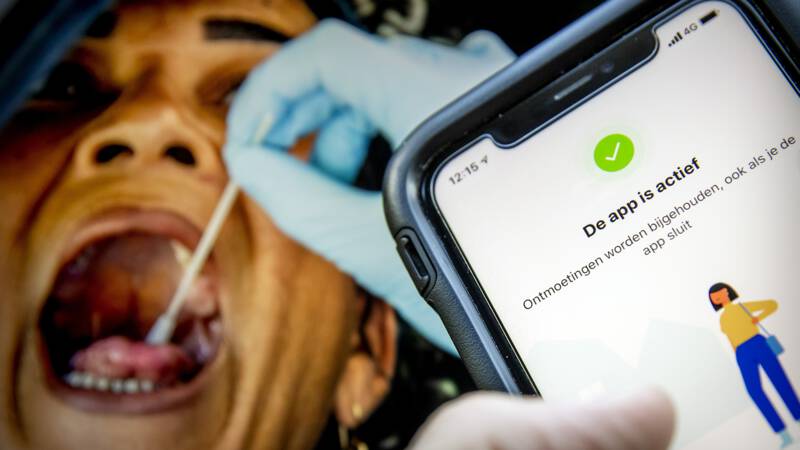 Google is working on a fix for a privacy issue in the CoronaMelder app. The error is in the underlying system and not the app itself. The Ministry of Health is not yet able to say when the problem has been resolved. The Dutch Data Protection Authority wants clarity from the tech giant as soon as possible and believes that the app should alternatively be temporarily offline or not.

The flaw theoretically makes it possible for certain apps to find out if the owner of the phone has been in contact with someone who is infected. A Google spokesperson says it is “extremely unlikely” that the flaw has been exploited, but cannot rule it out completely.

Technology news website The Markup reported yesterday that Google was making a blueprint for CoronaMelder apps that have problems. The problem results in data from the CoronaMelder ending up in the central log of the telephone. Pre-installed apps (for example, a browser) that belong to a particular device brand, Samsung or Huawei, can also access that central log.

The Markup puts forward an expert who explains that this means that such an app could see whether the owner of the device has been in the vicinity of someone who has been infected with the corona virus. In theory, this data could be collected and sent to the company behind the app in question. There is no evidence that this has happened.

The spokesperson for the ministry emphasizes that the data from the CoronaMelder comes in the form of a code in the log. So additional identifying information must be added before a party can do anything with it. That is against the law, the spokesman said. Google also points out that the code changes every 15 minutes, so the time when something can be done with it is very limited.

The Netherlands has known about the problem since last Thursday, the spokesman said. The ministry was then informed about this by the European Commission and then started an investigation into the consequences of the problem. There is now a conversation with Google. “The continuation of the collaboration with Google depends on how and the speed with which they can provide a solution to this problem.”

If the news is correct, it is very worrisome, according to Aleid Wolfsen, chairman of the Dutch Data Protection Authority. “This concerns health data, very sensitive information of many people. The Ministry of Health, Welfare and Sport is responsible for ensuring that the app is completely safe. And the Ministry has chosen to use Google’s software.”

The AP emphasizes that last year the cabinet had already drawn attention to vulnerabilities in the system in an opinion. The main concern in that advice was the underlying software in mobile operating systems Android and iOS that makes the Dutch corona app possible.

According to Google, the location of users or other identifiable information has never been visible. There would also be no indication that the apps were aware of the problem.