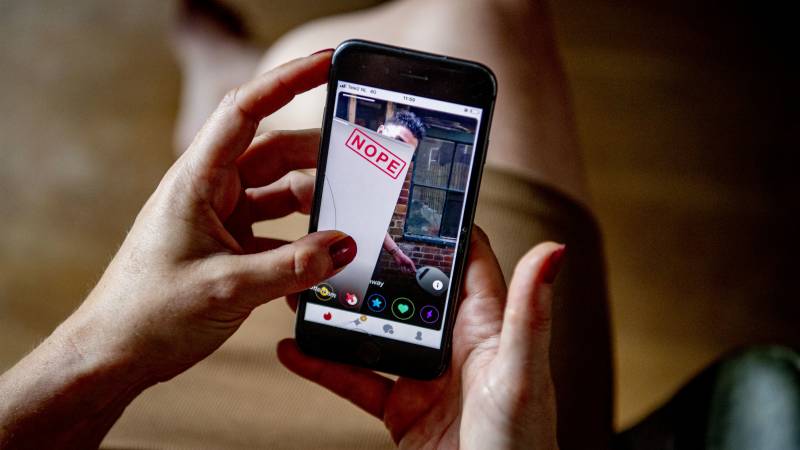 Now that the lockdown is over, people want to meet more physically again. They see that at Inner Circle, an online dating platform for people who live in the same place. “It makes sense, because now we really want to see each other. People tend to plan their dates in the short term, instead of chatting for a longer period of time,” says founder David Vermeulen. Inner Circle in the area of ​​active users increased by 42 percent in the Netherlands in the period June 2020 to June 2021.

Not one and a half meters

Recent research among users shows that almost half of users are willing to immediately let go of the one and a half meter measure when dating. 43 percent of respondents say they now want a more serious relationship.

MuzMatch, a dating app for Muslims, grew 8 percent in June compared to May. “We saw unprecedented growth in the Netherlands. More and more people are looking for a partner since the lockdown has been lifted,” says chairman Shahzad Younas. “Due to the pandemic, many Dutch Muslims are considering settling down.”

Also at eMatching, a dating site for higher educated, it is busier. “The speed dates that we organize are also increasing. During the lockdown they were online, but now also physically. Our users are ready for that,” says founder Jan Jasper Konink. Activity is also increasing at Parship, the app ‘for serious relationships’. “They not only text each other more, but also more ‘smiles’ – those are icebreakers, nice ways to initiate contact,” said a spokesperson.

Some now speak of a ‘Summer of love’: the lockdown is over, you have been vaccinated and after a long time you feel free to date. But that long pause button in the dating world also has a downside: FODA, Fear Of Dating Again.

Logan Ury of dating app Hinge came up with that term during the lockdown. “People are afraid of rusty social skills. They’re afraid they have nothing to talk about,” she recently told The New York Times.

Ury, who previously led Google’s behavioral science team, sees that singles who were lonely during the lockdown are now prioritizing dating. Meeting new people is now more important than career, family and friends.

Parship was recently asked whether members can show that they have been vaccinated in their profile. At the moment this is not yet possible with, for example, a special button. “But if there is a lot of demand for it, we will certainly integrate it.”

They don’t like that with eMatching, says Konink. “We don’t build it in, then it becomes something like that. People can indicate it themselves, if they find it important. Most people don’t do that, but some find it important. Especially with older users you see that they indicate that they have had their second shot. ‘I am safe’, they indicate. Corona was of course a real health issue for them. That is why they now report more often that they have been vaccinated.”

Research agency Motivaction asked Dutch people on behalf of Bumble, a dating app where women take the first step, how dating will go after the lockdown. Two in three Dutch people (61 percent) believe it is possible to fall in love with someone they have not yet met in real life. 49 percent say the lockdown has had a positive effect on people’s love lives by giving them time to think about what we really want.

Moreover, the majority of those polled think that singles will ‘go for it more’ after the lockdown. There has also been a change in how people meet each other: the shame for online dating is (even) more gone than before.