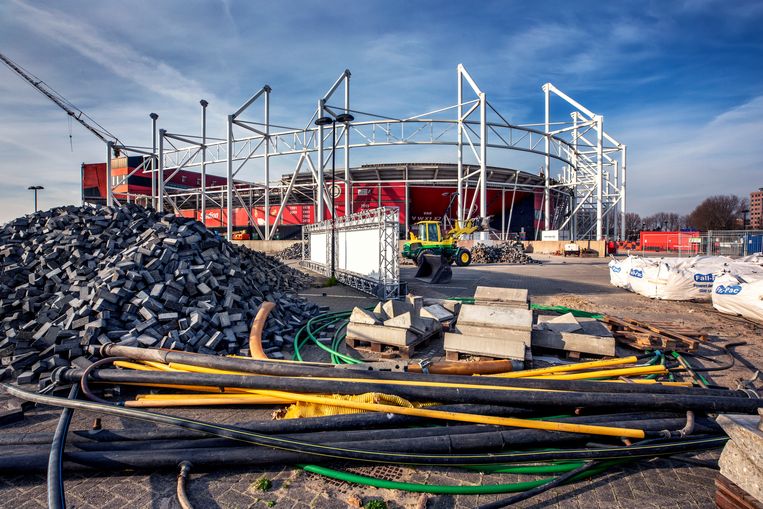 The Dutch Safety Board proposes a periodic ‘APK’ inspection for buildings, because there is no supervision of the construction and safety. It is the main conclusion following an investigation into the collapse of part of the roof of AZ stadium in August 2019. An inventory by the Council revealed serious structural defects in more than 60 buildings over the past twenty years. .

In an earlier report in April, engineering firm Royal Haskoning DHV concluded that shortly after the completion of the AZ stadium in 2006, a storm had caused a crack in one of the welded joints. Partly due to corrosion, the construction weakened and proved not to withstand strong winds last year. “We had to wait for the roof to collapse,” said the engineers.

The Dutch Safety Board states that both the owner, a foundation set up by former chairman Dirk Scheringa and financed by ex-sponsor DSB-bank, and the municipality did not sufficiently supervise the technical condition of the welding connections. When part of the roof collapsed into a grandstand for fourteen hundred spectators, there were no supporters in the AZ stadium.

The report paints a shocking picture of the noncommittal nature of the building, which assumes that a building will be safe after completion. A collapse is wrongly referred to as an ‘incident’, according to OVV chairman Jeroen Dijsselbloem. ‘There is some hassle, such as after the collapse of the parking garage in Eindhoven in 2018. There will be an investigation or not. But after sixty striking collapses in twenty years, you can no longer speak of incidents. ‘

Did the municipality of Alkmaar stay at a distance too much?

Dijsselbloem: ‘Year after year, the mayor of Alkmaar has signed the guarantee of the structural safety of the AZ stadium. But the municipality has never looked into it and the mayor has never wondered: what am I actually signing for? This is how you create false security.

‘Too much attention is paid to public order and the fire service permit. Owners and municipalities often lack the realization that they also have a duty of care for the safety of buildings. It is also not worked out anywhere what that means. ‘

Does the council not observe negligence, because mistakes have already been made in the design of the AZ stadium?

‘At the AZ stadium, it was not noticed for thirteen years that construction errors were made and that even the design of the welded connection was incorrect. The wind load has not been passed on sufficiently. Our investigation does not show that the municipality condoned it, because it concerned AZ or the then chairman Scheringa. The municipality even halted construction a few times.

‘But the roof’s welding design was wrong. The municipality has not let that look at and that has been a weakness. Already during the investigation into the collapse of the parking garage in Eindhoven, we established that structural safety during the construction phase deserves more attention. Appoint a lead engineer who oversees and monitors the process from design to delivery. ‘

At the order of the Ministry of the Interior, the KNVB developed a protocol to check the safety of other football stadiums. The Dutch Safety Board is too informal because there is no compulsion. ‘The mayor has now been taken out,’ says Dijsselbloem. ‘You may wonder whether that is wise. On the contrary, the municipality must actively monitor safety. You can no longer tackle this sectorally. ‘

Shouldn’t the KNVB include monitoring the safety of the stadium in the license conditions of a paid football club?

‘That is completely obvious. As a result of the collapse of part of the roof of the AZ stadium, various municipalities have inquired at professional clubs about the safety of the stadium, but not all of them.

‘The KNVB says it wants to wait for legislation. We agree, but it does not release the union from the obligation to comply with its own protocol. It is only a small step to oblige the clubs to check the stadium regularly. Now the KNVB cannot guarantee that all stadiums in the Netherlands are safe. ‘

The incident in the AZ stadium is not an isolated one. The OVV advises the Minister of the Interior on security checks of other buildings such as parking garages, exhibition spaces, sports halls, concert halls and high-rise buildings higher than 70 meters. ‘We propose a periodic inspection, carried out by certified specialists,’ says Dijsselbloem.

A list of buildings that deserve inspection must be drawn up for each municipality. Dijsselbloem: ‘We realize that this involves a considerable number of buildings. But safety is part of the maintenance and management of buildings. If that does not fit in the current budget of local governments, the budget must be increased. Private owners have to pay for it themselves. ‘

2002: Parking deck at the event hall in Tiel