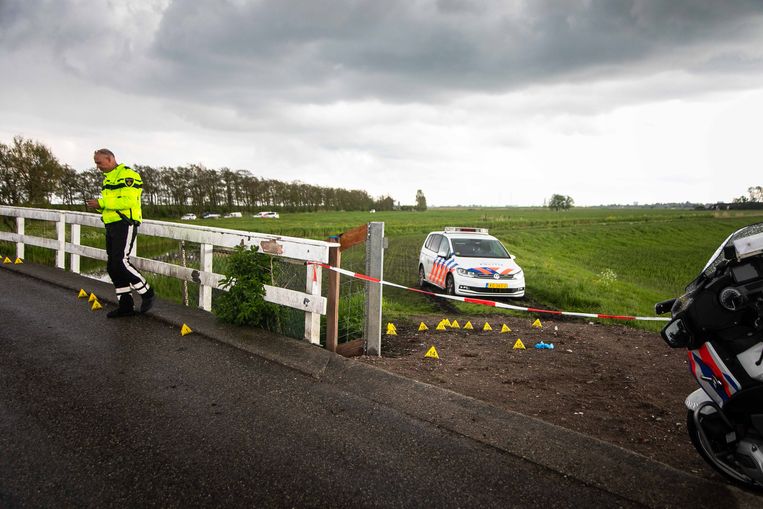 A group of robbers from Belgium and France hoped on Wednesday in Amsterdam for a booty of historical magnitude. However, the police were quick to act. Many local residents witnessed the robbery and manhunt for the perpetrators. Two of them tell their story.

For a moment Remko van Tongeren (86) thinks that he is watching the recordings of a new feature film. From his living room he has an ideal view: of the passing traffic, cyclists to the ferry and people walking to the supermarket. So when he hears gunshots on Wednesday afternoon at 2 pm, he quickly shuffles to the window. He sees a man with a gun standing in front of the gold company Schöne Edelmetaal. “When he fired a few more shots, I thought: I’m going to have a good time with that.”

What Van Tongeren does not know at that time is that he is witnessing a spectacular gold heist. At least ten robbers are targeting loot of historical magnitude: gold, silver and jewelery worth tens of millions of euros, reports The Telegraph. These would be transported, among other things, in a value transport from Brink’s, which had just arrived at the gold company.

After the gunshots, countless local residents call the emergency center. When police officers arrive ten minutes later, the robbery is still underway. The robbers fire with automatic weapons and drive off in getaway cars, including a Porsche Cayenne and an Audi RS6. Van Tongeren: ‘When those boys ran off with a bloodshot, I thought: this cannot be a film recording’.

Two cars drive at high speed to Broek in Waterland, where suspects are arrested. Two other suspects will be arrested on Wednesday afternoon at two other locations, Diemen and near Rotterdam.

Now that he knows that the company on the other side has been raided, Van Tongeren is still scratching his head. It is not clear to him why the robbers fired into the air. ‘That drew unnecessary attention. While they did not have to scare anyone: the Meeuwenlaan is a busy street, where no one is paying attention to you. ‘

Cato (19) sits deep in the orange armchair on Thursday afternoon. She looks through the window at the meadow behind her house, where police officers have been investigating trace evidence all morning. ‘Fascinating to see,’ says the student, ‘but I missed the greatest spectacle.’

The wild chase of the gold robbers ends Wednesday in Broek in Waterland. The small village with barely three thousand inhabitants is a ten-minute drive from Amsterdam. There, five robbers left the burning getaway cars on the roadside and ran into the meadow. They are followed closely by a small army of agents.

Daughter Cato is not at home at the time, but mother Herminia (53) is on top of it. While on the phone, I saw a group of men running through the pasture. That was such a strange sight: the most exciting thing that normally happens here is that sheep are grazing on the other side. Now I was watching people shoot: it seemed like I was in Iraq ‘.

The police are pulling out all the stops in the manhunt. In addition to dozens of agents, the Special Interventions Service is deployed, as is the helicopter team and the dog brigade.

One of the five suspects is shot while running through the meadow, a police dog grabs another suspect. The other three surrender shortly afterwards and are arrested. The suspects arrested are French and Belgians.

Like many other residents of Broek in Waterland, Herminia expresses her surprise at the robbers’ choice to drive to Broek in Waterland. She suspects a combination of panic and amateurism. ‘Those boys didn’t know what they were doing in that pasture. There are all kinds of small ditches, and at the end you end up with water and you have nowhere to go. The escape attempt was unsuccessful, and a lot too. ‘