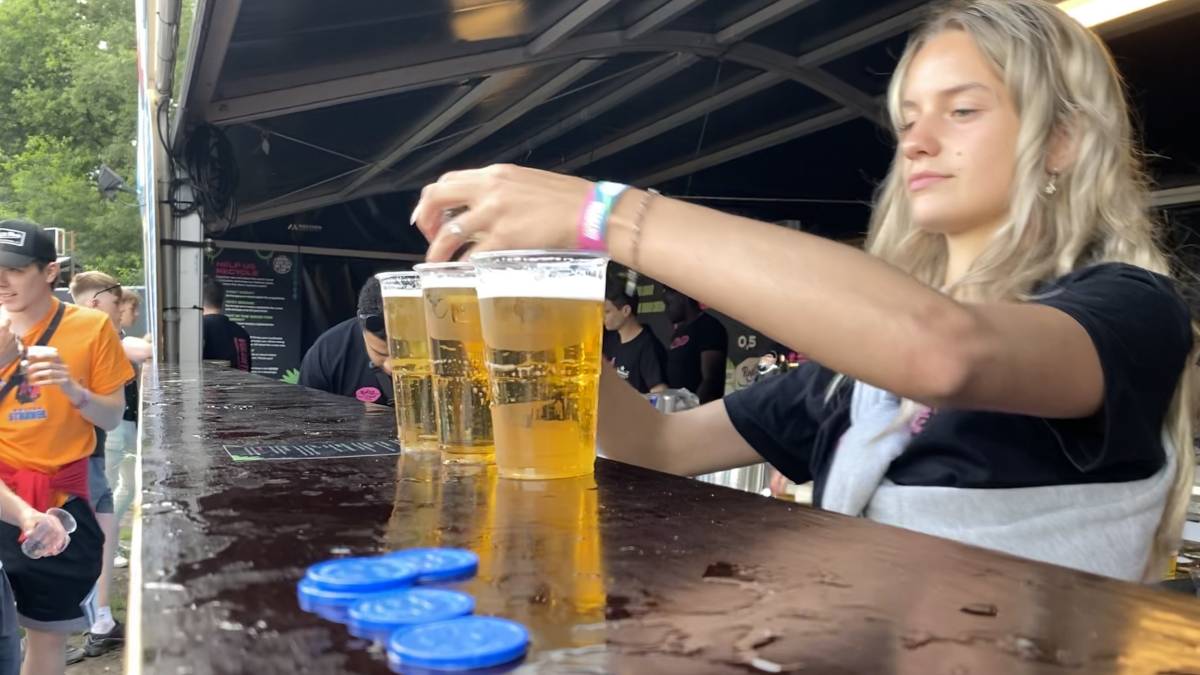 Almost all major festivals will stop using disposable cups in the near future. Instead, festival-goers have to hand in their used cup in order to buy a new drink. The cups are taken to a recycling plant at the end of the festival or washed and reused.

The largest festival organizer in the Netherlands, Mojo, did four trials this year to test the system. The final test was last weekend at the three-day hip-hop festival Woo Hah! in Hilvarenbeek.

“It means extra work for us,” says Ruud Lemmen, director of the festival. “The cups are collected, end up in a compactor and are then collected. That is extra work, but you save on cleaning. It makes a huge difference if there are not 100,000 cups on the floor.”

Some visitors find it annoying that they have to hold cups and return them to the bar. “It is a small effort for a better world”, Lemmen responds.

The recycling system was tested at Anouk’s performance in The Hague, at Parkpop and at Stadspark Live in Groningen. According to Lemmen, it must be strange if not all of Mojo’s festivals work with the new approach next year.

To prevent festival-goers from throwing their cups away on the grass as before, recycling coins are used. Visitors receive such a coin in advance that they can use to get a cup. At some events, the coin has to be paid for and the visitor can get the money back at the end.

If a visitor does not want to drink anything for a while, a cup can be exchanged for a recycling coin. Music venues such as AFAS Live, Ziggo Dome and 013 in Tilburg are now also working with the trade-in system.

Laura van de Voort of Green Events has been trying for years to get festivals to stop using disposable cups. “The most important thing is that you give people a reason to return the cup. Past trials have shown that people don’t do that on their own.”

She thinks it won’t be long before all the festivals have switched. “A festival site full of plastic waste will soon be a thing of the past. Visitors really don’t want that anymore.”

She points out that it will also become an obligation under the law. “With this festival summer there are only two seasons left to practice and after that you have to reuse or recycle as a festival.”

Some of the cups will end up at Marc Mes of recycling company Indorama after the festival. He turns PET bottles into a raw material that can be used for the production of new bottles. The plastic cups from, among others, Intents, Zwarte Cross and Tomorrowland are now added.

“It’s fairly new to us, but it’s pretty much the same process as recycling PET bottles,” Mes says. “It is a win-win situation. Festivals have a solution for their plastic waste and we have an additional raw material.”

Indorama has by far the most work processing the bottles, but he thinks more cups will be added soon. “We also want to collect the cups from football clubs. There are already several talks with clubs about this.”