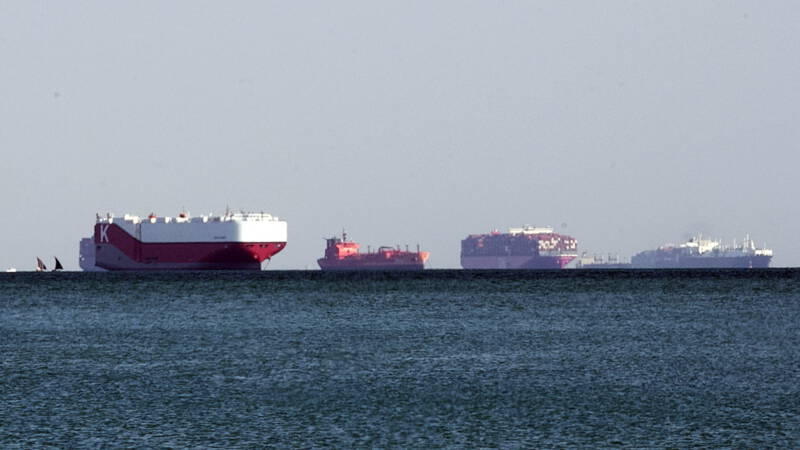 Now that the Suez Canal has been blocked for days, the first shipping companies with container ships choose to sail around Africa. A quick solution to the ‘Ever Given’ jammed in the channel is uncertain.

“Wherever we could make the switch, we did it”, said Rob van den Eijnden of the large South Korean shipping company HMM this morning in the NOS Radio 1 News. He sees the same thing happening at other shipping companies.

Only ships that are still sailing on the Indian or Atlantic Ocean and that are not yet in line at the Suez Canal can easily choose another route. Sailing around the Cape of Good Hope means a detour of about 3,000 nautical miles. Large container ships take about a week to do this.

“How the salvage operation will proceed and the timeframe that goes with it, is a great uncertainty for shipowners”, says Hans van Rooij. He is the former director of Smit Salvage, the daughter of dredger Boskalis who has been hired to pull the stranded ship free.

Because of this uncertainty, Van Rooij thinks that shipowners will soon opt for that detour with the associated extra costs. But that does not apply to ships that are forced to anchor near the Suez Canal.

For those ships there is now nothing else but to wait. “What’s there is a big problem. They can’t go one-two-three, either,” he says. “There is not enough space for that.”

According to a Boskalis spokesperson, there have been few new developments since yesterday. The action plan has been shared with the owner and the authorities and is being discussed. Today sand has been removed, which should make it easier to tow the ship.

“Things we think we need are now heading in that direction,” said the spokesperson. “The most concrete example is a very large sea tug. A ship with a lot of power that has to be moored on the south side.” That sea tug will arrive this weekend.

Monday and Tuesday there are a number of “high water moments”, the spokesman confirms. “Now is a good time to work towards it.” It gives tugs a helping hand.

Van Rooij also sees opportunities during high water. “If that doesn’t work, I think we’ll look at a number of weeks.”

If the blockade indeed becomes a matter of weeks instead of days, problems will arise in the stock of stores. Large retail chains warn against this. According to most, a delay of several days is manageable.

About half of the products that Action sells are produced in Asia. In a response, the retail chain says that the long-term consequences depend on the duration of the blockage. In any case, everything is still in stock for the coming weeks. “But this will affect all companies using maritime transport,” said a spokesman.

Blokker also says it has enough stock to be able to sit it out for some time. In a response, the company says that there are a number of products on the ships and that it is therefore keeping a close eye on the situation.

HEMA also has a number of containers with items in line, but the company’s stock is not yet exhausted. “The stores are still closed, so we can accommodate it for a while.” In addition, HEMA has been redistributing production since corona. “There is still a lot coming from Asia, but not everything anymore.”