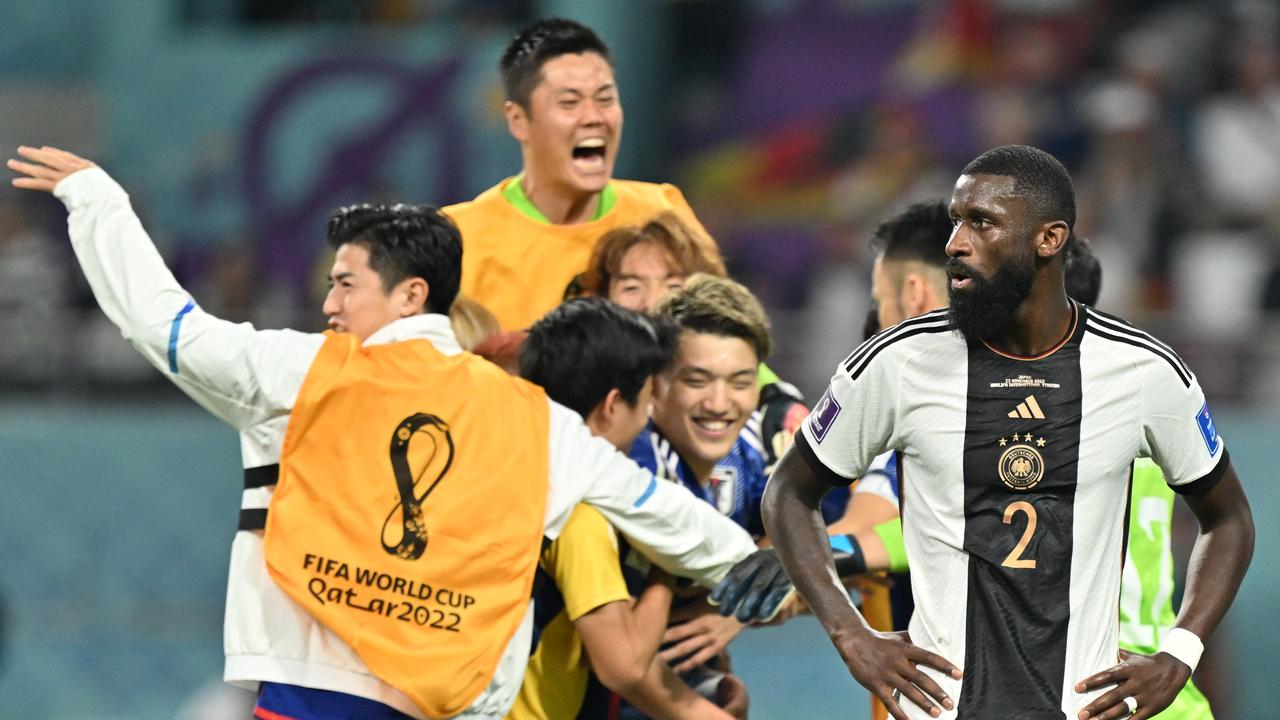 Germany made a dramatic start to the World Cup in Qatar on Wednesday. The team of national coach Hansi Flick surprisingly lost against Japan: 1-2. As a result, the Germans await a tough job to reach the knockout phase.

Before the break, little seemed to be going on for Germany. After half an hour, Ilkay Gündogan scored 1-0 from the spot, but in the second half Japan turned the deficit through two substitutes. Former PSV player Ritsu Doan made it 1-1, after which Takuma Asano completed the sensation.

Dark clouds gather above the heads of the Germans. The second group game awaits on Sunday and Spain is the opponent. If Germany also loses that game, reaching the knockout phase seems an impossible task.

Germany’s defeat overshadows the protest just before kick-off. The players all covered their mouths as they posed for the team photo in response to FIFA’s ban on wearing OneLove bracelets. For example, they showed that they feel that they are being gagged.

The Japanese of national coach Hajime Moriyasu are currently the proud leader in group E. At 5 p.m., Spain-Costa Rica kicked off in the same group.

Germany received a warning after just eight minutes, when Japan thought to take the lead through Daizen Maeda. The team of national coach Flick could breathe a sigh of relief, because the referee ruled out the goal due to offside.

After that, Germany grew in the game and Japan was forced to hold back. That worked out nicely when Gündogan was allowed to lash out twice after half an hour of play. He first found keeper Shuichi Gonda on his way and then shot the ball against a Japanese leg.

A few minutes later it was still hit for the Germans. The ball hit the spot because Gonda clumsily knocked David Raum down. Gundogan aimed again and made no mistake from 11 meters.

In the stoppage time of the first half Kai Havertz let the German formation cheer for a second time, but this time too it was found to be offside. The teams went to the dressing rooms with a 1-0 score.

Match image tilts after the break

The greatest opportunities were also for Germany in the phase after the break. Goalkeeper Gonda distinguished himself in the 71st minute by saving four times in a real scrimmage. The margin remained minimal and the Japanese smelled blood.

The equalizer came a few minutes later. Goalkeeper Manuel Neuer was able to save on a shot by Takumi Minamino, but he had no chance on substitute Doan’s rebound. The former PSV player scored the fourth and most important goal of his international career.

It didn’t stop there at the Khalifa International Stadium. Asano, also a substitute, escaped the defense, showed the world a fine piece of ball control and then chased the 1-2 into the short corner. The Germans pushed on with substitute Mario Götze, but the Japanese held their ground.

The four-time world champion, for example, ended up with a defeat. It was reminiscent of four years ago, when Mexico lost surprisingly in the first game. That turned out to be a harbinger of an inglorious elimination in the group stage. That is now also hanging over the heads of the Germans.