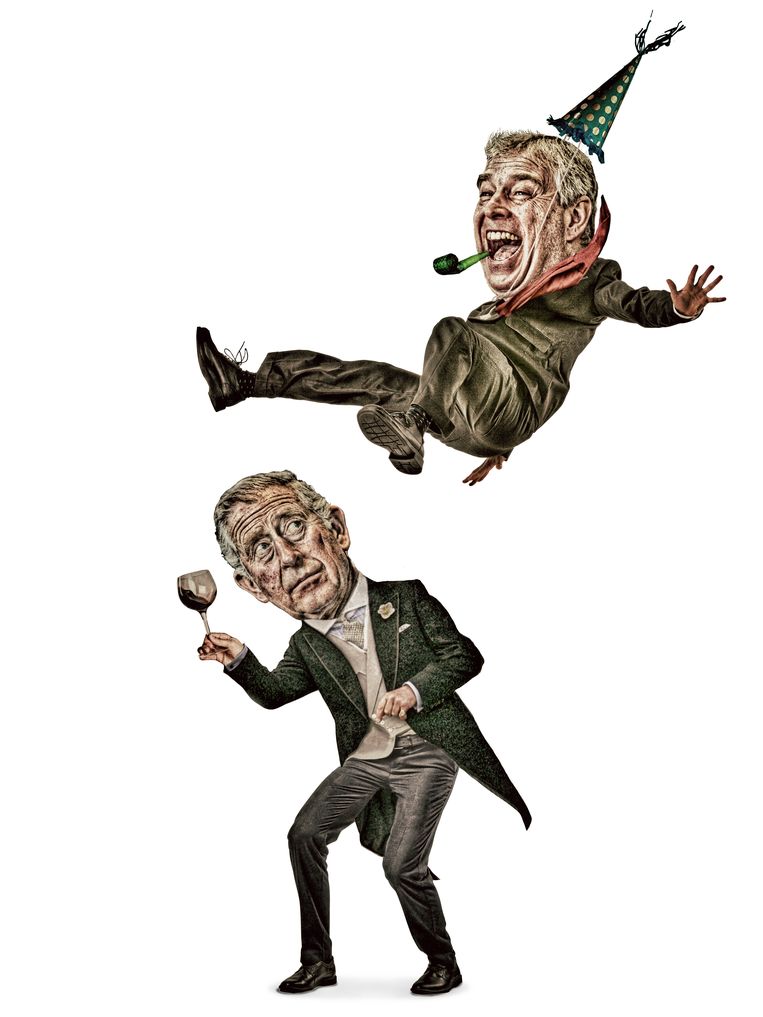 Charles, Prince of Wales: ‘Am I speaking to the relative known as Airmiles Andy?’

Andrew, Duke of York: ‘speaking. For your information Charlie: I have indeed flown from jetset party to jetset party for about thirty years, but I hardly fly anymore. Somehow lately I’ve been thinking a lot about Dominique Strauss-Kahn of the IMF, who was arrested on the plane.’

Charles: ‘Ha! And then the woman who had sued him was still of age. Virginia Giuffre was underage when Jeffrey Epstein took that Polaroid from the two of you.”

Andrew: ‘I didn’t know that Charlie! You never knew how old those girls were that Jeffrey came up with. Did you really think that if we got girls from Jeffrey, Donny Trump or Billy Clinton or me would ask for their passports? We just had faith in Jeffrey, he was a friend. I don’t like your tone, by the way, brother. That’s the tone you use when asking relatives for sacrifices. You also spoke in that tone when you asked Mum to show emotion in 1997 after the death of your ex-wife. You had been calculating with Tony Blair that it would be good for the British monarchy if the Queen were publicly affected. What have you been calculating now?’

Charles: “That it would be good for the British monarchy if Andrew of York stood trial in New York in the case that Virginia Giuffre brought against him.”

Andrew: ‘That’s impossible, Charlie. Don’t you read newspapers? Virginia Guiffre reached a settlement with Jeffrey in Florida in 2009 in which she promised to waive charges in exchange for $500,000. My lawyers have informed the court that the deal is valid outside of Florida and exempts me from prosecution.”

Charles: ‘Don’t you know yet that the judge in New York has decided that you can just be prosecuted?! It was also too embarrassing for words that you tried to escape prosecution through a deal between a sex criminal and a victim. Problem is: the bill for all costs to keep you out of the hands of the American justice, is from now on for the British taxpayer. Do you realize the implications for House Windsor? We need to modernize, Andy. The time of party princes who could afford anything is over. Our subjects appreciate it when we do not consider ourselves above laws and regulations. The Oranges only had one day of Greek autumn holiday in 2020 because nationals took offense. The equivalent of their return ticket to Greece is your one-way ticket to New York.’

Charles: ‘Then I’ll have my spin doctors leak to the media that the Prince of Wales thinks the Duke of Old York should be tried in New York and deserves prison.’

Charles: Oh stupid Andy. Those tabloids are also right that of the four children of Elizabeth II you have the highest libido and the lowest IQ. Everyone has known these things about me for a long time! That tampon quote is in 337 books in the royal library. I admit I have shortcomings and can be a bit indecisive at times, but I wasn’t a big consumer of girls from a jet set criminal. My spin doctors have calculated that my popularity in the polls increases by 20 percent if I condemn your behavior, so it pays off.’