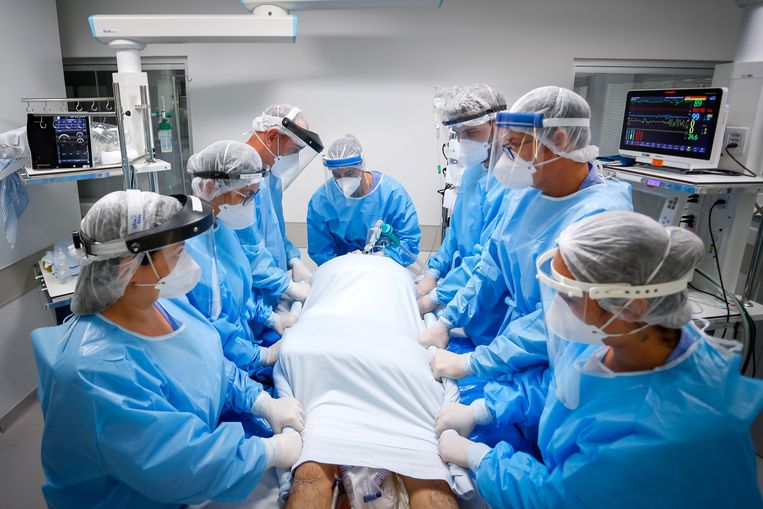 The infection figures continue to rise, on average the RIVM reports more than 7,000 infections per day. This week, the weekly average rose above 7,000 for the first time since January 12. More and more Dutch people are getting tested, but the percentage of positive tests remains fairly constant and has even increased slightly in recent days. The increase in the number of positive tests is therefore not fully explained by the busyness in the test street. At present, more than 8 percent of corona tests are positive.

Compared to last week, hospital occupancy has grown by 9 percent to 2,221 corona patients. An average of 272 are admitted every day. Last week, about 247 Dutch people had to go to hospital every day because of covid-19. A large proportion of the over-80s have been vaccinated, yet hospital occupancy is steadily increasing. In particular, people in their sixties and seventies end up in hospital, the vaccination coverage in these age groups is still low. Most patients are younger than 80, especially in intensive care.

Brazil reports relatively fewer infections than the Netherlands, but many more deaths

With an average of nearly 2,300 deaths reported daily, the end of Brazil’s second wave is not yet in sight. The situation may be even more serious than these figures indicate, in the country doubts have arisen about the registration of the deceased following a recent system change by the Ministry of Health. The recent contamination figures in Brazil, converted to population, are just slightly lower than those in the Netherlands. This is probably because less testing is done. The mortality rates are currently comparatively almost seven times as high. On Friday, Rio de Janeiro went into lockdown again, other regions are also taking measures. Local administrators often go against the wishes of President Jair Bolsonaro.