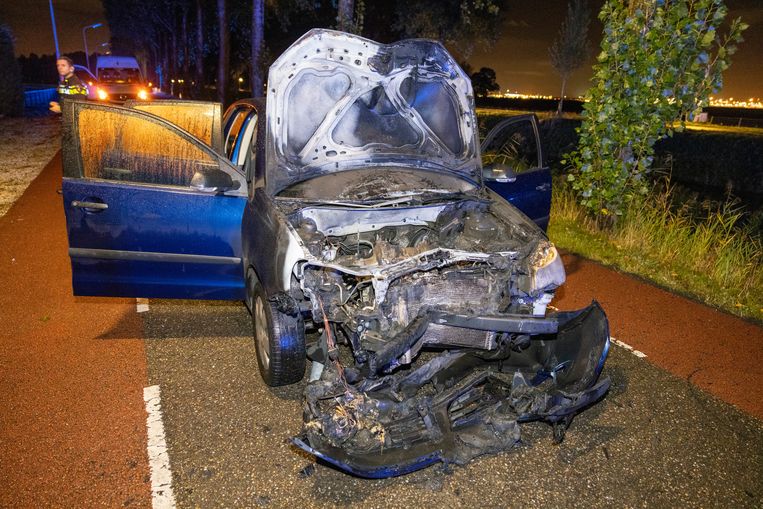 How dangerous is it to use nitrous oxide behind the wheel?

Put a balloon full of nitrous oxide to the lips and a feeling of near-consciousness occurs, followed by an intoxication that lasts a few minutes at most. Sight and sounds can be distorted, sometimes a laugh arises. And that behind the wheel, in the middle of traffic. It is obvious that this can lead to dangerous situations.

That seems to be happening. A police inventory at the request of the NOS shows that in the past three years, laughing gas was used in almost 1,800 accidents. This involved 63 fatal accidents and 362 serious injuries.

Important note: no traces of nitrous oxide have been measured in the bodies of the drivers, so it is impossible to say to what extent these accidents are due to the drug. The police bases themselves, among other things, on witness statements, observations by officers or used nitrous oxide cartridges in the car, says Paul Broer, police traffic expert. According to him, officers regularly see drivers with a balloon behind the wheel.

In any case, it is clear that nitrous oxide has become a serious traffic problem in a few years’ time, he says. While the police still noticed nitrous oxide use in about 380 incidents in 2018, in 2019 there were about two thousand incidents. ‘And in 2020 that doubled to almost four thousand. That number has remained at the same level ever since. We want to prevent it from rising again.’

Why do we know so little about nitrous oxide use in traffic?

Especially because there is not yet a simple test for laughing gas, which makes it difficult to demonstrate use. A breath test is not yet available, says Martha de Jonge, an expert in the field of drug prevention at the Trimbos Institute: almost all the laughing gas you inhale, you also exhale. The drug cannot be detected with the rapid urine test that the police uses.

The Foundation for Road Safety Research (SWOV) sees nitrous oxide as a serious road safety problem and considers further research important, says the spokesperson. The foundation itself tried this year to set up an experiment with laughing gas in a driving simulator, but that has been cancelled.

SWOV wanted to use medicinal nitrous oxide, but was unable to meet the strict conditions for storage and use of administration equipment, he explains. ‘We would then have to rely on the cartridges that people also use on the street, but then you cannot measure exactly how much the test subjects ingest. That is necessary for good research.’

Can you just use laughing gas?

It is prohibited behind the wheel, but otherwise use is in principle legal. Still. The outgoing cabinet wants to introduce a national ban on recreational use in 2022, now that the popularity of the drug has skyrocketed, especially among young people. Municipalities are taking too long: more than half introduced a ban on their own initiative, often only at specific locations or in the event of a nuisance.

Apart from complaints about nuisance and ampoules lying around, the use of laughing gas is not free from health risks. Inhaling a balloon of nitrous oxide once in a while is considered harmless. But the more frequent the use, the greater the chance of complaints such as dizziness and balance disorders, confusion, headache, nausea and fainting, according to the Trimbos Institute. In 2020, the National Poisons Information Center (NVIC) received 144 reports of these types of health complaints after using nitrous oxide – that was 13 in 2015.

Laughing gas temporarily blocks the neurotransmitter glutamate, a substance that normally activates brain cells. This temporarily makes the brain less active and creates the high. In addition, it blocks the absorption of vitamin B12. This leads to problems with excessive nitrous oxide use: a deficiency of B12 can lead to anemia, blood clots and in the worst case to permanent paralysis.

A seriously underestimated risk, says Martha de Jonge, although precise numbers are difficult to give. According to a sample of hospitals from the Netherlands Association for Neurology from 2020, more than sixty – mostly young – people have been treated for partial spinal cord injury due to nitrous oxide use in two years’ time. One of them ended up in a wheelchair. It’s about excessive users. De Jonge: ‘One balloon does not have to be dangerous, but some young people use a hundred or two hundred balloons in an evening.’