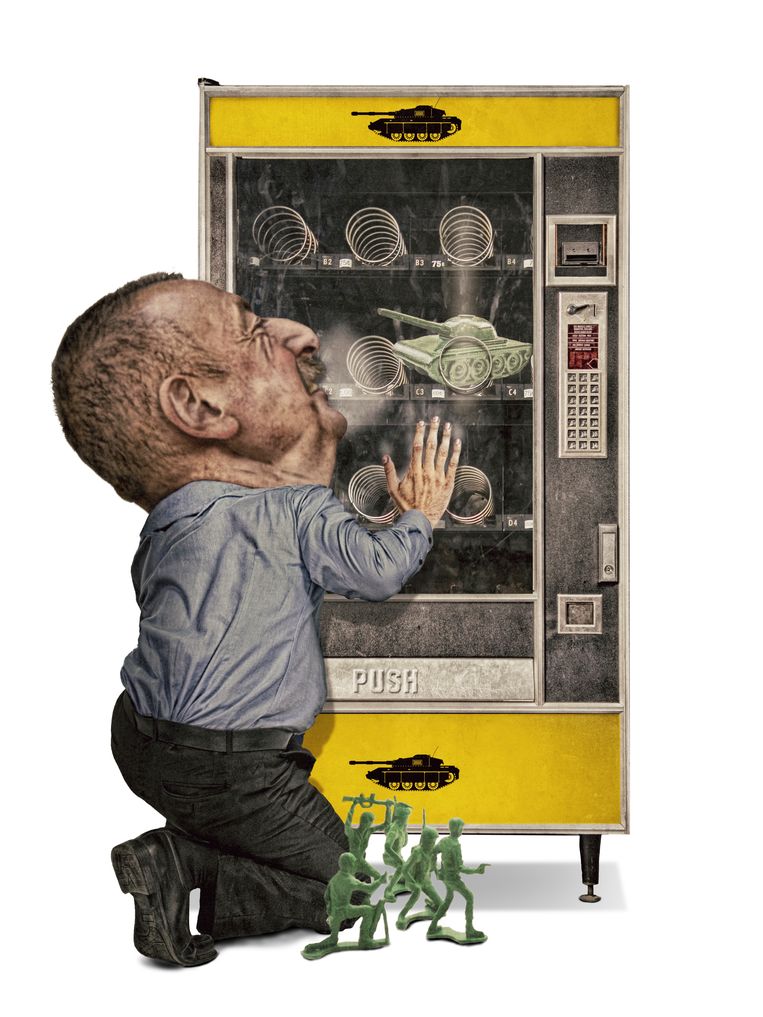 Suppose someone who fell into a coma in 1993 wakes up in October 2020. He turns on the TV, sees that war is being waged over Nagorno-Karabakh and the leader of Azerbaijan is called Aliyev. He will spontaneously exclaim: nothing will ever change in this world!

Many felt that young Aliyev was getting into a spread out bed. Old Aliyev had signed a ceasefire in 1994 in the war with Armenia for Nagorno-Karabakh, an Armenian enclave in Azerbaijani territory. Then he had managed to monetize Azerbaijan’s oil wealth. In barely ten years, the ex-Soviet republic took on the appearance of an Arab Gulf state. The jet-set life of young Aliyev fitted in with this. He liked glamor and the Eurovision song contest. His wife knocked on the door of the plastic surgeon, his eldest daughter had her own glossy.

Internationally, the young Aliyev was seen as a pragmatist with a moderating influence in the region. Human Rights Watch was critical for locking up opponents, but he was a welcome guest in both Moscow and Brussels. He had such good relations in Europe that he had a young Azerbaijani officer who, on an English language course at NATO in Budapest, chopped an ax on a young Armenian officer in revenge for the humiliations in Nagorno-Karabakh, took his own sentence. country. The young officer was not yet home when he was decorated as a hero by Aliyev. Some only realized then: that Aliyev loves the Eurovision song contest and speaks his languages, but he is also the dictator of Azerbaijan, where the rancor about Nagorno-Karabakh is ubiquitous.

Consensus among specialists is rare, but surprisingly few Caucasus experts doubt that the young Aliyev has restarted that frozen war: only he has motive. Thirty years ago it was different. The war that broke out here when the Soviet Union fell apart stemmed from Armenian resentment at the borders that the Bolsheviks had drawn in the Caucakus in the mid-1920s, right across Armenian territory. When old Aliyev signed a ceasefire in 1994, Azerbaijan was poor and overrun with refugees as a result of Armenian ethnic cleansing. Armenia had de facto won the war. No state in the world recognizes Karabakh, but on the ground it is Armenian land. In short, Armenia had no interest in starting the war again. It had no oil money to modernize its army. In recent years it has functioned as a democracy.

Azerbaijan does not function as a democracy and has purchased plenty of weapons in the last twenty years. Young Aliyev’s thoughts can almost be read: ‘Karabakh is an eyesore to me, I have new weapons, my friend Erdogan supports me unconditionally and in times of ridiculously low oil prices an anti-Armenian offensive can help against dissatisfaction with my regime.’ The flared up battle causes ordinary Azerbaijans just as much misery as ordinary Armenians. Thirty years ago it was no different. It is Aliyev, as befits this leader type, not to do such Azerbaijanis.

MORE ON THE SECOND FACE

While Donald Trump tried to make a good impression as a vital corona patient, his Democratic opponent Joe Biden remained covid-free thanks to a large mouth mask. One question that will end up in the history books is how was it possible that in an election year in which not only the course but also the institutions of the United States itself were at stake, the Democrats were represented by a frail man who thirty years ago had been so much better candidate.

The Russian opposition leader Alexei Navalny, who was poisoned with the nerve poison novichok on 20 August, has recovered so well in Germany that he can again give interviews. In it, he leaves doubts that the man who ordered him to be eliminated lives in the Kremlin. In On the Second Sight, Navalny was discovered to have a sixth sense for the weaknesses of the Putin regime.