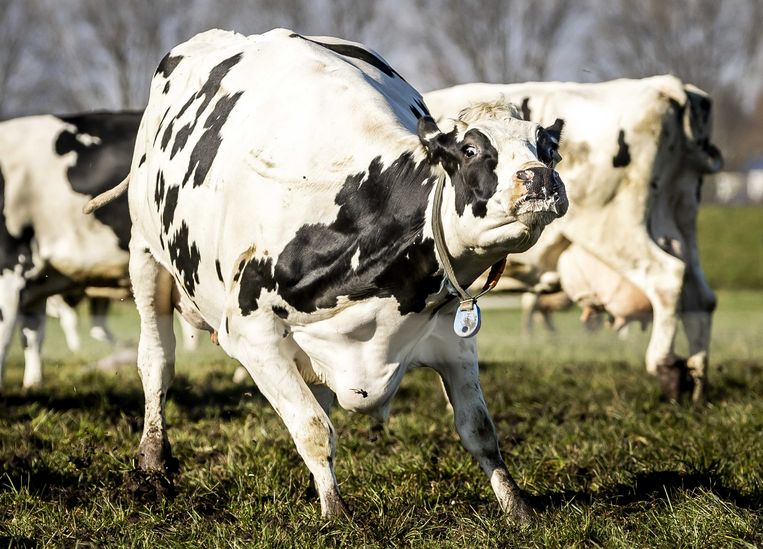 The size of the herd is one of the tricky topics that will be discussed in the upcoming formation interviews. Intended coalition partner D66 makes no secret of its intention to significantly reduce the number of cows, pigs and chickens, but the VVD and certainly the CDA are less enthusiastic about this. Officials already supplied ammunition for the discussion this week. According to calculations, the livestock should be the next ten to fifteen years shrink by 17 to 30 percent to face the problems with nitrogen. How big is our herd? And how can the number of animals in the Netherlands be reduced?

The livestock in the Netherlands is enormous. There are more than 100 million chickens, 12 million pigs, almost 4 million cows and hundreds of thousands of sheep, horses and goats. The total number fluctuates quite a bit. Most animal species show a steady shrinkage, only the goats show an enormous increase.

In recent years there have been more frequent discussions about the size of the herd. Especially the environment and the regulation of the market were reasons for limiting the number of animals. Government measures often lead to a shrinking livestock population. For example, the number of cows decreased significantly after the introduction of the European quota system in 1984. The combination of a higher milk production per cow and a quota limit caused a steady decline.

The number of cows in particular shows a swinging movement after each new measure. Around 2015 there was an increase in the number of dairy cows to more than 4.2 million, because the brake on the quota was removed at that time. Enthusiastic dairy farmers wanted to produce more milk with extra cows. Due to the problems with phosphate rights, stricter rules were introduced shortly after, after which the livestock population shrank again to the current 3.8 million.

In pigs the manure rules are the important limiting factor. If that boundary had not been put in place, the number would probably have increased, because pig farmers need relatively little land. The problems with pig manure, mega stables and especially odor nuisance prompted the previous cabinet to introduce a buy-out scheme. This is done in small steps. In 2020, the number of pigs fell below 12 million, which is often more than the 11 million in the first years of this century.

In addition to government measures, diseases can also have a major influence on the number of animals. Swine fever, for example, reduced the pig population in 1997. The large number of 15 million pigs in that year was never reached again. The FMD crisis in 2001 reduced the number of cows by more than one hundred thousand animals. In the bird flu epidemic of 2003, 30 million chickens were culled, but a few years that number had already increased.

The Q fever in 2010 hardly stopped the increase in the number of goats: even after the disease outbreak, the numbers continued to rise. Where national restrictions now apply to pigs, chickens and cows, goat farms were able to grow unhindered. Many counties do have put a stop on the granting of permits; residents of goat farms have an increased risk of pneumonia.

Only in sheep and horses has the number of animals decreased significantly over the years, but that has mainly to do with money. Sheep (kept for their wool and meat) hardly yields anything, while they do emit manure for which the farmer has to pay. Horses and ponies are mainly hobby animals, too expensive and impractical to keep for many.

The number of cattle, chickens, goats and pigs will not simply fall, because the (international) demand for meat, eggs and milk is still increasing. There is also little point in waiting for a new disease outbreak to reduce livestock numbers. At the formation table, the new coalition partners will have to make decisions to actually reduce the livestock population.