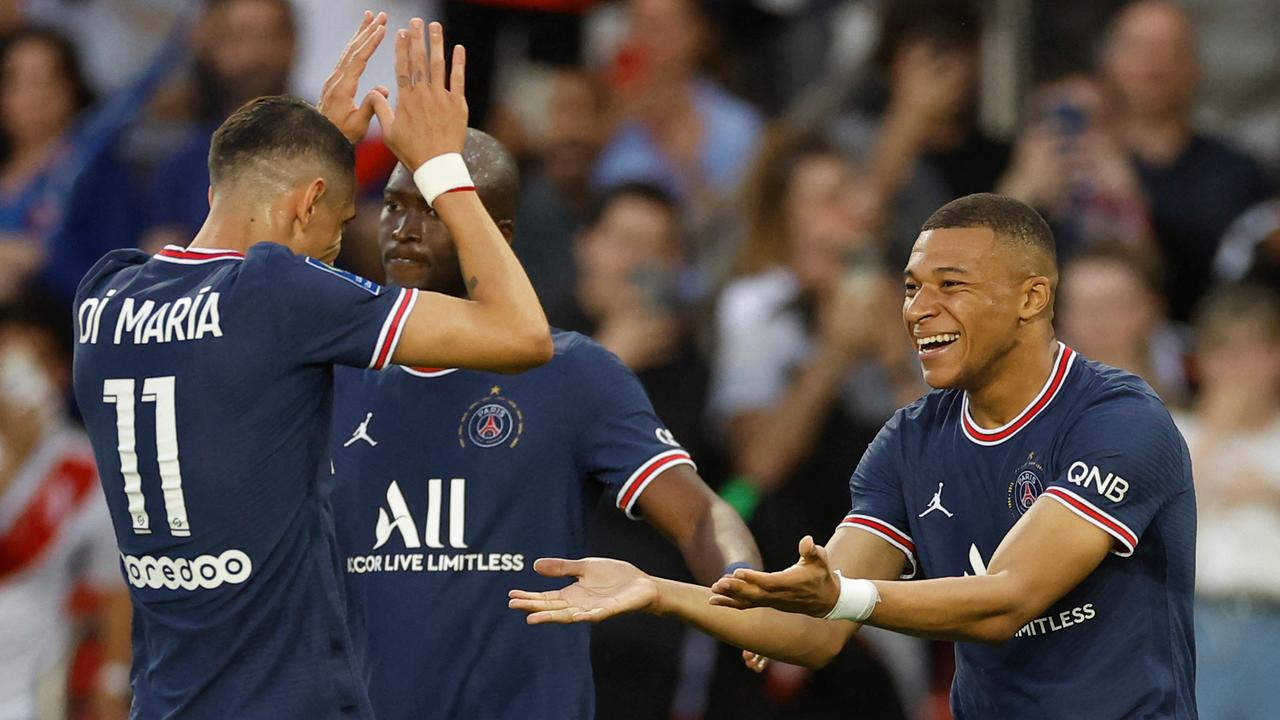 Kylian Mbappe celebrated his contract extension with Paris Saint-Germain on the final day of Ligue 1 with a hat-trick. The Frenchman had a large share in his team’s 5-0 victory over FC Metz on Saturday with his three hits. Olympique Marseille won 4-0 against Strasbourg and captured the second Champions League ticket behind PSG.

The 23-year-old Mbappé announced his contract extension before the kick-off of the home game against Metz and was loudly sung by the fans in the Parc des Princes. The Frenchman put an end to all rumors about a possible switch to Real Madrid with the announcement.

Just like before the game, Mbappé was also the big man during the game at PSG, which already secured the league title in France a few weeks ago. The striker scored two goals before half-time and completed his hat-trick after half-time.

In Mbappe’s shadow, Neymar scored the third goal and in total his 100th goal for the Paris side. ngel Di María, who departed after the season, signed for PSG’s fifth goal, where Georginio Wijnaldum came in shortly before time and Xavi Simons remained on the bench.

Behind PSG, Marseille won the battle for second place, which entitles them to direct entry into the Champions League at the end of the season. Marseille won 4-0 against Strasbourg and took full advantage of AS Monaco’s loss of points, which lost a lead at RC Lens deep in injury time: 2-2.

The OGC Nice of Calvin Stengs, Pablo Rosario and Justin Kluivert won 2-3 at Stade de Reims and secured fifth place and a place in the preliminary round of the Conference League. Olympique Lyon coach Peter Bosz closed the season with a 1-2 win at Clermont Foot, which finished one place higher than AS Saint-Étienne. The ten-time national champion has to maintain himself through the play-offs, while Girondins de Bordeaux and FC Metz were relegated.

View the results and the position in the Ligue 1 here

Atalanta failed to qualify for European football on Saturday. The team of trainer Gian Piero Gasperini ended the competition with a 0-1 loss against Empoli, while it needed a victory and had to hope for a misstep from competitor Fiorentina.

The team of Orange internationals Hans Hateboer, Marten de Roon and Teun Koopmeiners has participated in the European club tournaments in the past five seasons, three of which in the Champions League. The Italian club eliminated Ajax in the group stage last season.

A victory by Atalanta would have been worth nothing, because Fiorentina won 2-0 against Juventus. The team from Florence therefore seized the seventh place, which entitles the team to participate in the Conference League. The title fight in Italy will be decided on Sunday.

View the results, the standings and the program in the Serie A