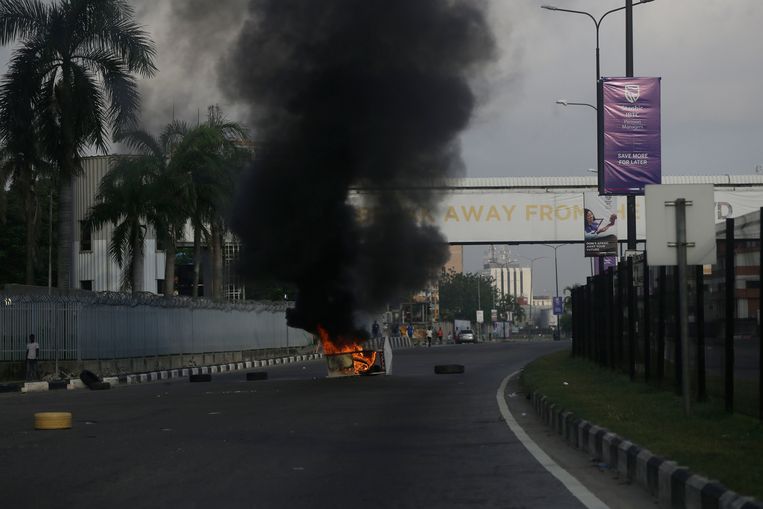 On the BBC, an eyewitness says he has seen about 20 dead. The violence took place on a motorway connecting the Lekki peninsula with the center of Lagos, one of the largest cities in Africa. Video images posted by bystanders on social media show men in camouflage suits driving pick-up trucks and then starting to shoot at the protesters. According to local media, the lights on the motorway were turned off just beforehand.

The escalation of violence comes after two weeks of sustained grim street protests across wide parts of Nigeria. The demonstrations began when a video surfaced of a man alleged to have been killed by a notorious police force, the Special Anti-Robbery Squad, or SARS for short. The unity, with a reputation for excessive crackdown, is detested by many Nigerians. In response to the protests, the government announced it would dissolve the SARS, but protesters attach little value to that promise. They are now demanding broader reforms within the government, characterized by corruption and other forms of maladministration.

According to Amnesty International, at least 15 people had been killed in clashes between the protesters and the Nigerian security apparatus until yesterday. The government of President Muhammadu Buhari, an ex-general, now appears determined to crack down on the protests, even though the government risks further escalating the situation. In Lagos it is forbidden to go out on the street until further notice, but on Wednesday morning there were again skirmishes in the city.

The violent crackdown on the demonstrators is condemned far beyond Nigeria. Hillary Clinton, former Secretary of State of America, last night after the bloodshed in Lagos, called on President Buhari via Twitter to ‘stop killing’ protesters. An extremely popular Nigerian musician in the US, Davido, called on President Buhari to resign via Twitter. And footballer Odion Jude Ighalo, from Manchester United, says he is ‘ashamed’ of his government.