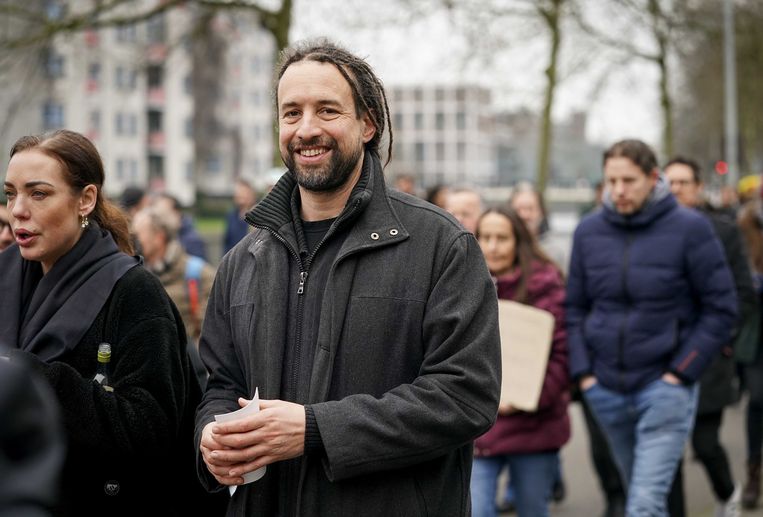 Dikkeboom started a citizens’ initiative last year because he believes Engel is guilty of incitement, spreading medical disinformation, fraud, statements with a terrorist intent and threats. He describes the Virus Truth founder as ‘an extremely disturbing factor in the debate about the corona crisis and the associated measures’ and believes that Engel sows fear and division among the population with his statements. In December, Dikkeboom handed over the collective declaration to the Public Prosecution Service in Rotterdam.

‘After the report, there appears to be sufficient reason for an exploratory investigation. The police will do that. The public prosecutor will then decide whether there is a provable criminal offense and whether to prosecute,” said a spokesperson for the Public Prosecution Service.

Dikkeboom added the last charge, threat, to the declaration in January, after statements by Chief Public Prosecutor Michiel Zwinkels in One today. In an item about politicians who are threatened, Zwinkels said that he finds statements about tribunals ‘really dangerous’.

“Those are disguised death threats and that’s how we see it,” Zwinkels said in the broadcast at the beginning of January. Statements such as ‘your time will come’ or ‘you have to answer to a tribunal’, according to the chief officer, quickly come close to a punishable death threat. ‘We also prosecute people for that, and people are also sentenced for that by the judge.’

In his own words, Dikkeboom then collected about fifty examples of statements by Engel about tribunals. ‘He talks about it all the time, during demonstrations with large groups of people, but also online.’ According to Dikkeboom, the Public Prosecution Service has added the document to the file of the report.

Engel said earlier that he believes the report is false: according to him, there are no criminal offenses in it. “I try to keep the debate sharp, but never cross the line,” he said earlier. The Virus Truth foreman, in turn, filed a complaint against Dikkeboom for libel and slander.

A spokesperson for the Public Prosecution Service could not yet say anything about the duration of the exploratory investigation.