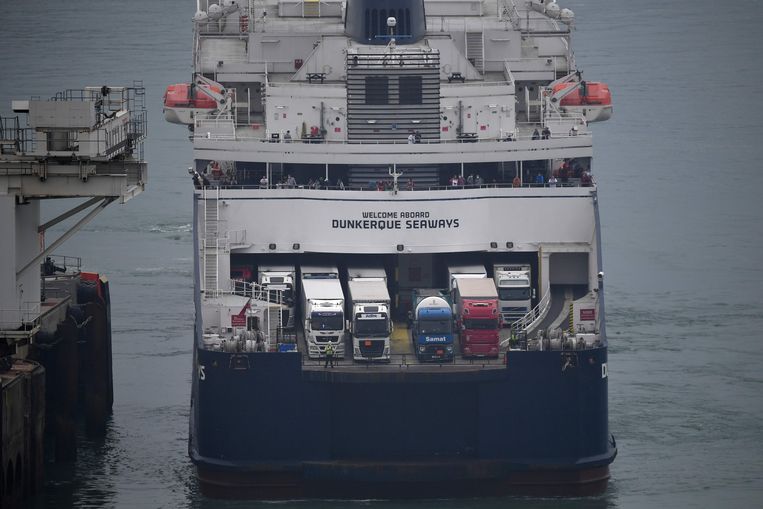 At 6 am, the Netherlands banned air traffic with passengers from the United Kingdom. Freight transport will continue. For a moment the ferries to Hoek van Holland, Rotterdam and IJmuiden seemed to escape the dance. Later in the day, however, the shipping companies Stena Line and DFDS reported that they had to unload passengers. “We have just heard that with immediate effect no more passenger transport is allowed,” said a spokesperson for Stena Line. Only trucks and their drivers are still welcome.

The drastic intervention follows the news that a British corona mutant has also been found in the Netherlands. According to British Health Minister Matt Hancock, this much more contagious variant is spreading at breakneck speed. The Dutch flight ban applies until New Year’s Day.

The big question is what that means for Dutch people who are stranded in Great Britain. ‘The cabinet advises these Dutch people to find safe accommodation for the coming days, while waiting for opportunities to return to the Netherlands’, it says in a letter to the House of Representatives. In it, the ministers concerned promise to see how they can help them ‘particularly in compassionate cases’. It is not known how many Dutch people currently reside in the country.

Turkey suspends flights from the Netherlands


While British and European negotiators tried to negotiate a trade deal at the last minute to ensure that goods and services can continue to flow beyond December 31, the pandemic on Sunday closed the borders for people immediately. In the course of the day, one European Member State after another took far-reaching steps. For example, Ireland suspends flights and ferries from Great Britain. Belgium also bans Eurostar trains that run from London. Under normal circumstances, these will continue from Brussels to Rotterdam and Amsterdam.

Germany also decided to ban passenger flights from South Africa in the evening. That country is struggling with yet another virus variant that seems to be spreading extremely quickly. France closed the gate for all people and means of transport from the United Kingdom, including traffic through the Channel Tunnel. There are worried noises in Great Britain: the supply of important goods could be threatened.

Coordinated European measures may be coming soon. On Monday morning, the European member states will meet for crisis consultation. One of the questions on the table is whether travelers wishing to travel to the mainland from Great Britain should be able to show a negative corona test.

Incidentally, international concerns about the rapid advance of the British corona mutation may also affect the Netherlands. Press agency Reuters reports that on Sunday, Turkey didn’t just stop planes from Britain. Flights from the Netherlands, Denmark and South Africa have also been suspended to keep the virus out.