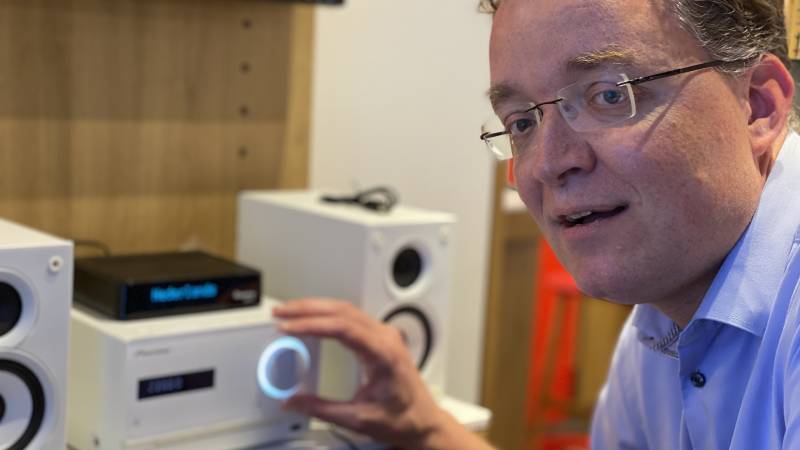 After almost 60 years, analog radio via cable is coming to an end. Smaller cable companies have already stopped using it and now Vodafone-Ziggo is also shutting down the signal in various regions. At the end of this year, the radio signal has disappeared from all customers of the cable company.

This afternoon the plug will be disconnected in the Rotterdam region. In recent months, customers of the company have been alerted to take action. If they haven’t done anything, they’ll notice right away when they turn on the radio this afternoon. “Then you don’t hear anything, then it’s quiet,” says Leo-Geert van den Berg, network director of Vodafone-Ziggo.

There are several ways to listen to radio. Over the air, the decoder of internet suppliers, DAB+, a DVB-C tuner on your television and online radio. The other option was to connect the cable company’s cable to a tuner-amplifier, but that option is now disappearing.

According to the company, 5 to 10 percent of their customers still listen to the radio via cable, which equates to 200,000 to 400,000 customers. Shutting down the signal is necessary, according to the company, to offer additional services. “It may be surprising, but removing the radio signal gives a lot of benefits,” says Van den Berg. “Particularly in the low frequencies of the spectrum and we need those to increase internet speeds in the future.”

If you listen to radio via cable and go to 98.8 fm, you will hear a message from the cable company. It also points to alternatives. For example, customers can order a free FM antenna or buy a decoder that they can connect to their amplifier.

Vodafone-Ziggo says it is working with local broadcasters to point out to listeners how they can continue to listen.

For example, RPL Woerden has spots that tell about the change. “I’m not happy with it, it may come too soon,” says Ruud Orsel, editor-in-chief of RPL Woerden. “I’m convinced that by shutting down the cable we will lose listeners.”

“Cable was the first opportunity for us as a local broadcaster to broadcast on,” says Orsel. “That’s how we built up our listening audience, initially on cable, later on ether, internet and DAB+.”

His broadcaster can be found on the decoders, but a long way further down the channel list. Some local broadcasters are not to be found at all. It costs several hundred euros per month and not every broadcaster has that money.

Vodafone-Ziggo has already discontinued the analogue television signal in recent years. Partly based on that experience, Van den Berg does not expect many phone calls if the plug actually goes out this afternoon. “In the previous regions, there were a few calls from customers asking why the radio wasn’t working. But we also notice that customers are well informed. The number of people who are surprised is very limited.”