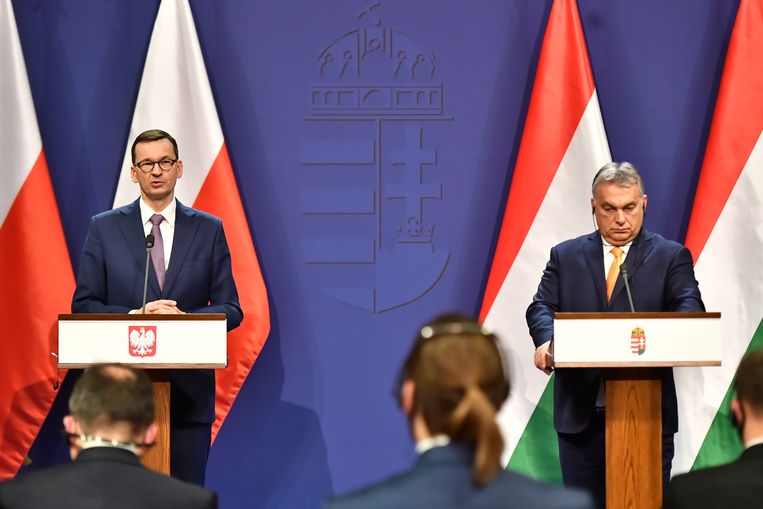 What exactly is the case about?

The Netherlands and other countries only wanted to agree to a European corona recovery fund if the payment of European money would henceforth be made dependent on compliance with the rule of law. An agreement was reached on this in December 2020. Poland and Hungary immediately announced that they would challenge this ‘rule of law mechanism’ at the European Court of Justice.

Then the quarrel between Poland and the European Union escalated. The main point of contention has been the new Polish judicial disciplinary chamber, which the European Commission says is being used to punish judges who disapprove of the Conservative government. In this matter, the Commission won three cases at the Court. The Constitutional Tribunal in Warsaw decided last week that Polish law takes precedence over EU law in certain situations. In other words: Poland may ignore some of the rulings of the European Court.

Partly because of this quarrel, the Commission has suspended the payment of funds from the recovery fund, 36 billion for Poland and 7.2 billion for Hungary. Will she have to pay if she loses the case in court?

New. The Commission invokes ‘country-specific recommendations’, which it makes to all Member States every year. Those recommendations call on Poland and Hungary to restore the independence of the judiciary. The approval of the rule of law mechanism by the European Court would give the Commission a new – legally anchored – instrument.

The mechanism has actually been in place from January 1, 2021, but the Commission has promised not to use it until it has been approved by the Court.

What is the defense of Poland and Hungary?

At the hearing, both countries presented themselves as great friends of the rule of law. They called the rule of law mechanism a political weapon of the liberal majority in the EU against countries that want to follow a conservative course. The criteria would be so vague that they could be used against Poland and Hungary at any time.

Moreover, there is already a criminal procedure within the EU, they argued, the Article 7 procedure with which Member States can be deprived of their voting rights, among other things.

What did the European Union say to this?

During the session, representatives of the European institutions and ten Member States, including the Netherlands, spoke. They contested the view that the rule of law mechanism is an occasional law against political opponents. The mechanism is not vague, but aimed at misuse of EU funds, they said. Without independent judiciary, supervision of EU money is not possible. Moreover, Hungary is the Member State where by far the most fraud with EU money is detected.

In practice, the Article 7 procedure offers no solace, because a member state can only be deprived of the right to vote by a unanimous decision of the heads of government. Poland will always cover Hungary, and vice versa. The rule of law mechanism is a new instrument that is unfortunately badly needed, say opponents of Poland and Hungary.

What will the Court decide?

It is expected that Poland and Hungary will lose this case, if only because the lawyers of the European Commission have designed the rule of law mechanism in such a way that it must pass a review by the Court. The Court will probably provide more clarity about how the mechanism may be applied, thinks John Morijn, professor of law and politics in international relations, who was present at the session in Luxembourg. In Brussels, some lawyers say that the mechanism can only be used to a limited extent if fraud with EU money has actually been detected. In July Morijn and two American professors published a report on Hungary, in which they gave a much broader interpretation. Suspension of subsidies is also possible if the rule of law is systematically violated, was their opinion. The court’s ruling is likely to take several months.